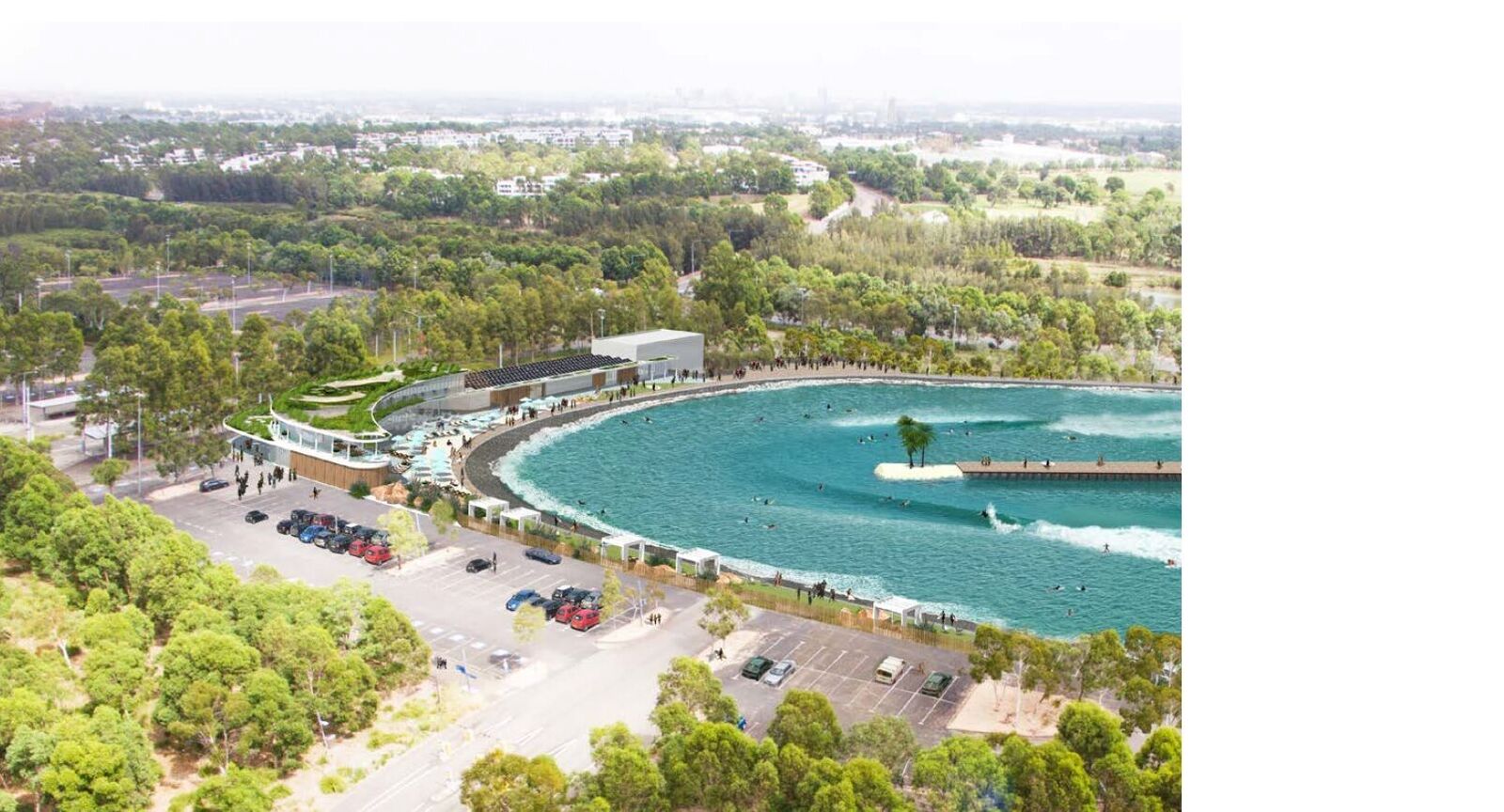 Plans for an open water surf sports lagoon at Sydney Olympic Park have been given the green light by the Department of Planning and Environment.

The $24 million wave park will create 225 jobs and offer a variety of activities for all ages, Executive Director of Key Sites and Industry Assessments, Anthea Sargeant said.

‘This is a wonderful opportunity to give the people of western Sydney easy access to fun, healthy outdoor recreational facilities,’ Ms Sargeant said.

‘It’s an innovative proposal, offering the chance to have world class surfing at Sydney Olympic Park in Homebush, 25km from the ocean.

‘The lagoon, which will allow for 80 patrons an hour, will have a wave generator that creates various swell conditions, perfect for beginners or experienced board riders.

‘In addition to two surf breaks, there will be lagoon-side recreation features including a toddler pool, adventure playground, mini half pipe skate ramp and climbing wall.’

URBN Surf (Sydney) Pty Ltd lodged a State Significant Application for the construction and operation of the wave park, and the proposal was publicly exhibited from 12 July to 25 August and received overall supportive submissions.

‘The Department supports the proposal as it provides a world class sports and recreational facility for surfing, which is consistent with the vision for Sydney Olympic Park,’ Ms Sargeant said.

‘It has been designed to encourage non-car transport. The main building is oriented to face the Holker Busway as the main arrival point, and the project will also benefit from new public transport infrastructure such as the Parramatta Light Rail which will service Sydney Olympic Park.

‘The project also meets design excellence standards, which include a high level of shading across key areas, and the use of sustainable building materials, solar panels and rain water collection and reuse on-site, and a green roof over the main entry plaza.’

As well the lagoon, there will be a retail shop, café, indoor restaurant and alfresco bar, along with change rooms, rental area, and first aid and lifeguard rooms. There will also be a two-storey surf academy with teaching and training facilities.

The park is expected to be open 6am to 10pm every day, with the bar and restaurant open until midnight on Friday and Saturdays.

Construction of the project is expected to begin in the second half of 2018 and would take about 12 months to complete.