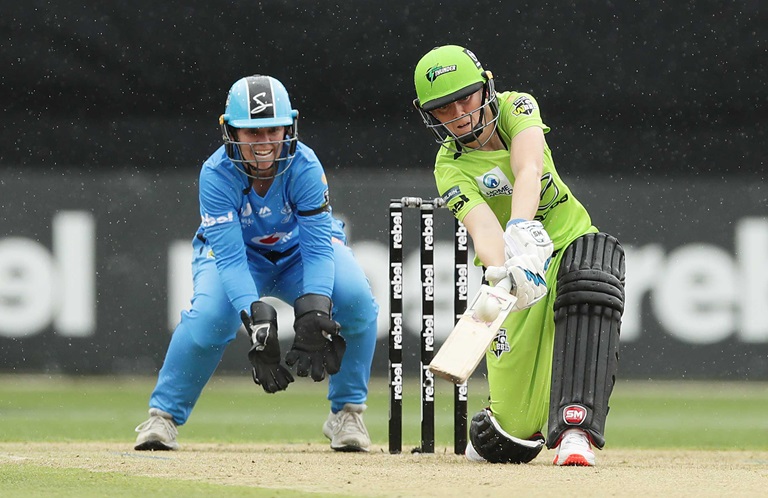 The rain over the weekend caused some delays to play at Sydney Showground Stadium but this didn’t stop Sydney Thunder’s new recruits Heather Knight and Sammy Jo-Johnson going big with the bat on Saturday to guide their new club to a big win in the day’s first match. Heather Knight smacked an explosive 83 in her debut innings for the Thunder, as the Sydney side romped to a 58-run victory over the Adelaide Strikers.

Yesterday the Melbourne Renegades played the Sydney Sixers. The Sixers won by 8 wickets with the Sixers’ Alyssa Healy named Woman of the Match.