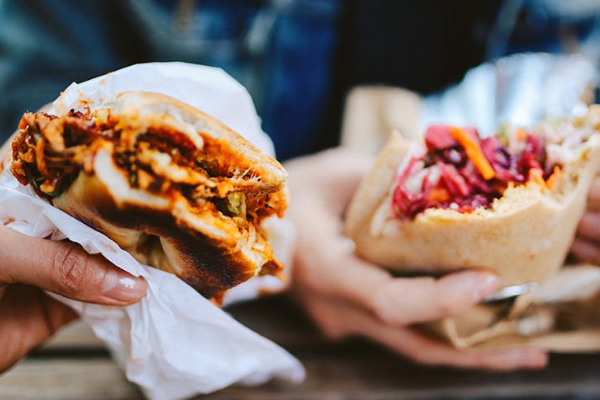 The Sydney Vegan Market is hosting its inaugural after-dark fiesta at Sydney Olympic Park on Saturday 5 June. With BYO cups, containers, and cutlery, entry will be free, the grounds will be dog-friendly, and you will have endless amounts of vegan food to dive into.

As for the stalls you can expect at the vegan night markets, I Should Be Souvlaki will make an appearance with its 60-hour marinated souvlaki proteins, The 3 Amigos will be stirring up vegan paella in giant frying pans, and Plant Based Eatery will be rolling out Thai street food including sweet potato and yam spring rolls, vegan popcorn chicken with paprika and its iconic cho chee chicken (red curry).