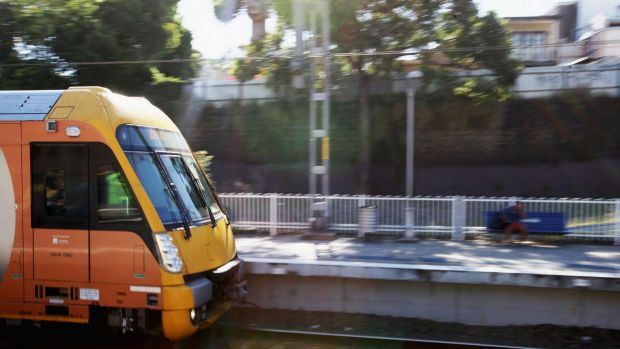 Up to a Dozen Metro Stations Possible between CBD and Parramatta

Up to 12 rail stations may be built between Sydney’s inner city and Parramatta and Westmead under emerging plans for a Metro West train line.

Fairfax Media understands the Metro West line is being planned to use extra tracks and overtaking lines to combine both express trains between Parramatta and the central city, as well as trains stopping at multiple new stations through Sydney’s west and inner west.

Under Mike Baird’s timetable, the Metro West line was to be built next decade, and be “operational in the second half of the 2020s”. Photo: Fiona Morris

The government has committed only to building stations for the line at the Bays Precinct around Rozelle and Olympic Park.

But a total of eight to 12 stations are likely to be included on the line when more detailed plans for Metro West, one of the last major commitments by former premier Mike Baird, emerge later this year.

NSW Transport Minister Andrew Constance has argued the West Metro project is needed to take pressure from the western line.

It is unclear where those stations would be located. However, previous plans for a metro line in the region have included proposed stops at Leichhardt, Five Dock and Strathfield.

A private sector proposal for a metro line along the same corridor, put to the government last year, included stops and significant housing development at Five Dock and Canada Bay.

Under Mr Baird’s timetable, the Metro West line was to be built next decade, and be “operational in the second half of the 2020s”.

But business groups are increasingly pushing to accelerate work on the project, partly in recognition of the proposed intensification of development around Parramatta and Olympic Park.

The alignment of the Parramatta to Sydney CBD West Metro line has not been revealed. The line is likely to be extended eventually to the eastern suburbs.  Photo: Google Maps

The Greater Sydney Commission has nominated the so-called GPOP region – Greater Parramatta to the Olympic Peninsula – as Sydney’s “true centre” and earmarked as a focus of planning.

A report commissioned by the Sydney Olympic Park Business Association, released on Tuesday, compares the infrastructure and amenity in the 4000 hectares in the GPOP area with an equivalent 4000 hectares in “east Sydney”, an area stretching from the inner west to Bondi Junction.

Based on the government’s population forecasts, the GPOP area is expected to be home to about 280,000 people in 2041, about the same as east Sydney now.

The report by SGS Economics & Planning also argues there needs to be a sharp increase in health and education facilities around the GPOP area to match facilities in the city’s east. For instance, it says the number of schools in the region needs to double from 24 to at least 57 by 2041.

The western Sydney director of the Sydney Business Chamber David Borger says the Metro West project is needed as an equity measure.

“It’s fine to have an ambition for GPOP and to talk about it in planning documents, but there’s still a huge chasm between the provision of infrastructure services and all the things that are required,” Mr Borger said.

“If we had the western metro, we would be able to achieve our aspirations for GPOP much quicker.

“If it is finished by the middle of next decade, that would be a good ambition to have.”

“By 2031, with the T1 Western Line, you quite literally won’t be able to get people on trains in the morning peak,” Mr Constance has said.

It is understood the government hopes to be able to combine both express trains between Parramatta and the city and all-stops services by using passing loops and extra tracks.

This is the method used on Hong Kong’s airport train line to fulfil both objectives, although that line is also struggling with capacity.

The line is likely to be planned to extend eventually from Sydney’s CBD to the city’s south-east suburbs.

Alison Holloway, principal and partner at SGS Economics, says transport accessibility is critical to the government’s ambitions for the GPOP area.

“We are seeing now in Green Square what the implications are of planning for population growth without the transport to support it,” Ms Holloway said.

“We’ve got an opportunity here to align the land use planning with the transport and other infrastructure planning.”