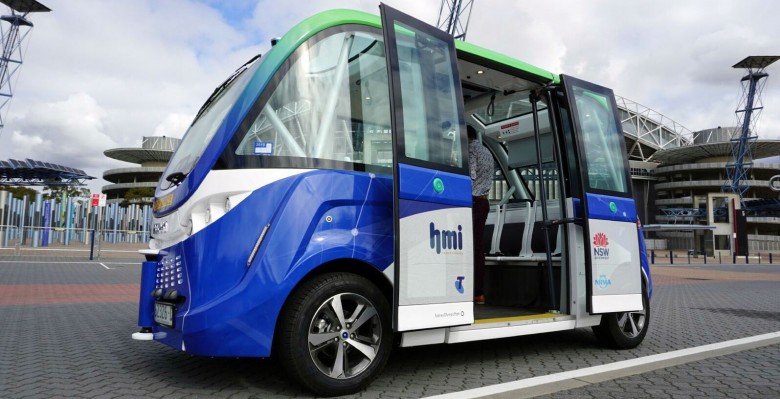 A little taste of the future is now available at Sydney Olympic Park, where Transport for NSW is conducting the first passenger trials of its driverless bus service.

Two smart shuttles are operating in the Sydney Olympic Park town centre, connecting passengers to Olympic Park Station, restaurants and car parks. Customers can just turn up and go, with a bus arriving every 10-15 minutes on weekdays.

The service was launched by Minister for Roads, Andrew Constance on Monday 28 October. The shuttles are the first vehicles in the country to interact autonomously with traffic signals and live traffic conditions.

“We now have two smart shuttles ‘talking’ to the conditions and infrastructure around them. Customers can get on board and test ride these buses over the next six months to help us gain insights into how autonomous vehicles can improve services and how this technology will shape our future transport,” Mr Constance said.

Hours of operation are 9.30am to 3.30pm Monday to Friday, and each shuttle can carry a maximum of 11 passengers.