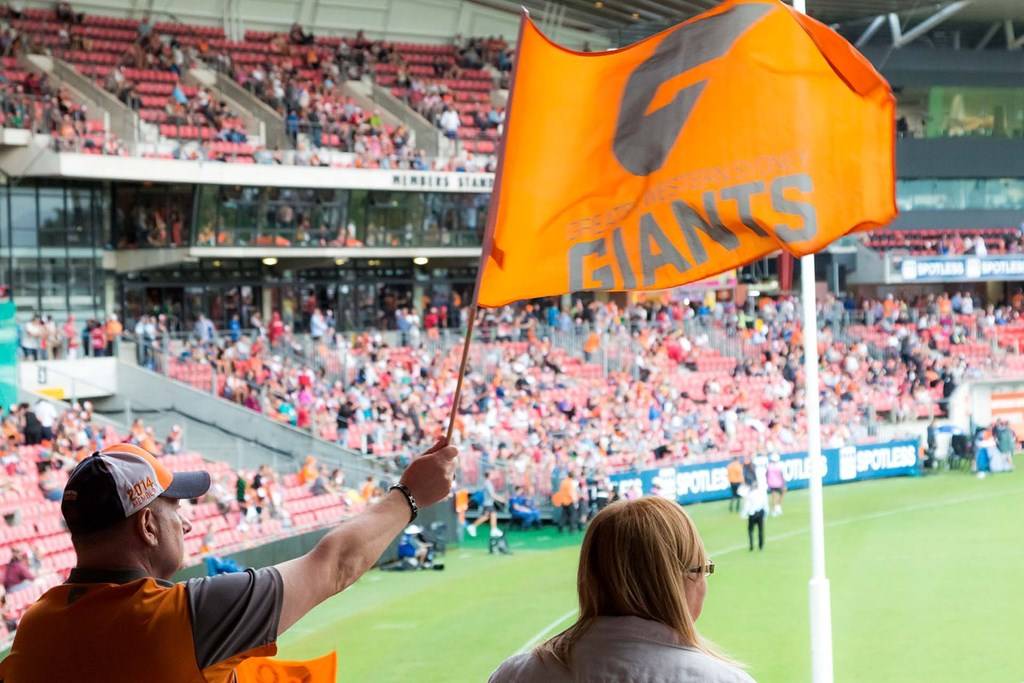 The first home game for the 2020 AFL season is on March 21 at GIANTS Stadium, Sydney Showgrounds.

The GIANTS will make an historic start to the club’s 2020 campaign as the club plays host to the first-ever AFL and AFLW double-header for Premiership points at GIANTS Stadium.

The 2020 Toyota AFL Premiership Season will open at GIANTS Stadium on Saturday March 21 with the AFLW team playing its round seven match at 5:10pm against Geelong before the AFL side kicks off its campaign against the Cats in a Saturday-night blockbuster.

The GIANTS will play one game at GIANTS Stadium before the Sydney Royal Easter Show hits town, with the club returning for back-to-back home games in rounds eight and nine.