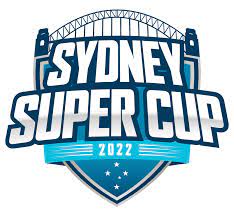 Sydney will host an exciting match-up between English Premier League club Everton and Scottish Premiership champions Celtic as they kick off the newly created Sydney Super Cup. The England v Scotland football rivalry will be on full display as these two iconic clubs face off in Sydney on Sunday November 20, 2022

The game will be played at Sydney’s Accor Stadium and sees the return of Celtic Manager Ange Postecoglou to the venue of one of his most famous coaching wins, when Australia won the AFC Asian Cup in 2015. The clash against Frank Lampard’s Everton, brings two of UK football’s powerhouses to Sydney.

The match will be part of a blockbuster three-match series that will also see Everton FC take on Western Sydney Wanderers on November 23 at CommBank Stadium and Celtic take on Sydney FC on November 17 at the newly opened Allianz Stadium.

The series is part of the new Sydney Super Cup which will be a bi-annual football event held in Sydney which will bring Europe’s top football teams to NSW every two years.