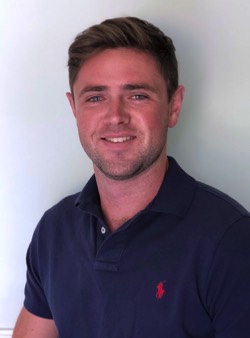 Henry completed his Bachelor of Physiotherapy degree at the Australian Catholic University in 2017. He is a current member of the physio team for the NSW junior and schools athletics teams and has previously worked with Sydney University and East Coast Eagles AFL clubs, the Greater Sydney Rams NRC Rugby Union team, NSW Rugby 7’s, Football NSW and Futsal NSW.

He has experience with on-field sports coverage with Netball, Basketball, Gymnastics, Cross-Country and Hockey. Henry has previously run hydrotherapy sessions with patients of all ages and abilities.

He has previously competed at a national level in middle distance running and also enjoyed playing Rugby Union at a representative level throughout school.

Henry has a keen interest in acute sporting injuries, bio-mechanical analysis and working with athletes to help them achieve their athletic goals and stay injury free.

Henry is a strong believer that education, self-management and strength training all play a very important part of injury prevention and management.