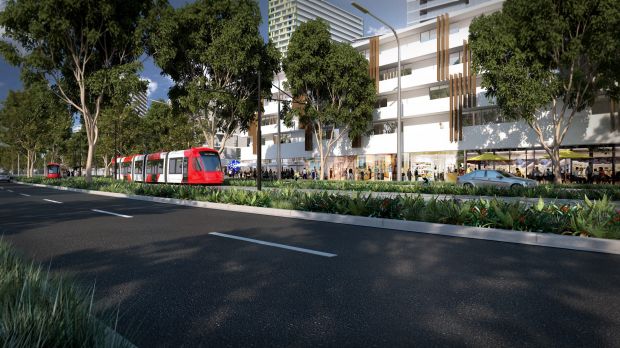 A new approach to ensuring that Sydney’s rapid housing growth is matched by transport, schools and other infrastructure will be rolled out by Lucy Turnbull’s Greater Sydney Commission.

In recognition of concerns the pace of housing development has not been complemented by other services, the commission will establish “Growth Infrastructure Compacts” as mechanisms for government agencies to stage and implement what is needed in different areas.

The first compact is being trialled around the Greater Parramatta and Olympic Park (GPOP) area, but about five or six other areas across Sydney are likely to be identified for compacts over the next two years.

Sarah Hill, the chief executive of the Greater Sydney Commission, an organisation set up last year to take the lead on planning and development across Sydney, said the concept of Growth Infrastructure Compacts was one of a number of “game-changers” her organisation had been asked to develop.

“One of the big elements in why it’s a game-changer is that it is early on in the piece, so it is before we rezone and up-zone areas,” Ms Hill said.

The commission, however, faces multiple pressures in implementing the new model. Amid record housing approval and construction numbers in Sydney, the Berejiklian government is also establishing a growing number of “priority precincts” where it thinks significant rezoning and higher density can occur.

In the past month, for instance, the government has announced priority precincts at Westmead, Schofield, Leppington and Riverwood, in addition to others already announced, in places such as Arncliffe, Epping, Canterbury and Ingleside.

“It’s important we recognise there is an urgent need for additional housing,” she said.

Under the proposed model, which will be discussed at a Property Council lunch on Monday attended by Greater Sydney Commission chair Lucy Turnbull and Ms Hill, the Greater Sydney Commission and other agencies would develop 10, 20 and 40-year visions for an area considered for a compact. The analysis would also model how that growth would be staged, and what infrastructure and open space was needed to complement it.

The scenarios would then be evaluated by the government’s infrastructure delivery committee. If endorsed, the compact would provide the basis for spending decisions across agencies such as Transport, Health and Education.

“The thing that most excites me about it is sequencing,” said Ms Hill.

“As an example, we are doing a growth compact on GPOP and identifying where within that area where would you prioritise: is it prioritising investment in Sydney Olympic Park, or is it supporting Telopea, is it Camellia, is it Westmead?

“And you might pick two or three areas in the GPOP area and you sequence growth in those.

“Then you might look more broadly at urban renewal opportunities in the inner west, or in the south west, or in the north, and our planning work will start to identify where we should do growth compacts there.

“You can’t grow the city everywhere concurrently and invest in the level of infrastructure that’s required all at the one time. You do have to prioritise areas, take a place-based approach and sequence it.”

Ms Hill said the Growth Infrastructure Compact approach was a “direct response” to feedback on her organisation’s draft district plans, which are to provide the basis for council planning decisions over the next 20 years.

Much of that feedback was was focused on concerns that development was racing ahead of community needs in many areas.