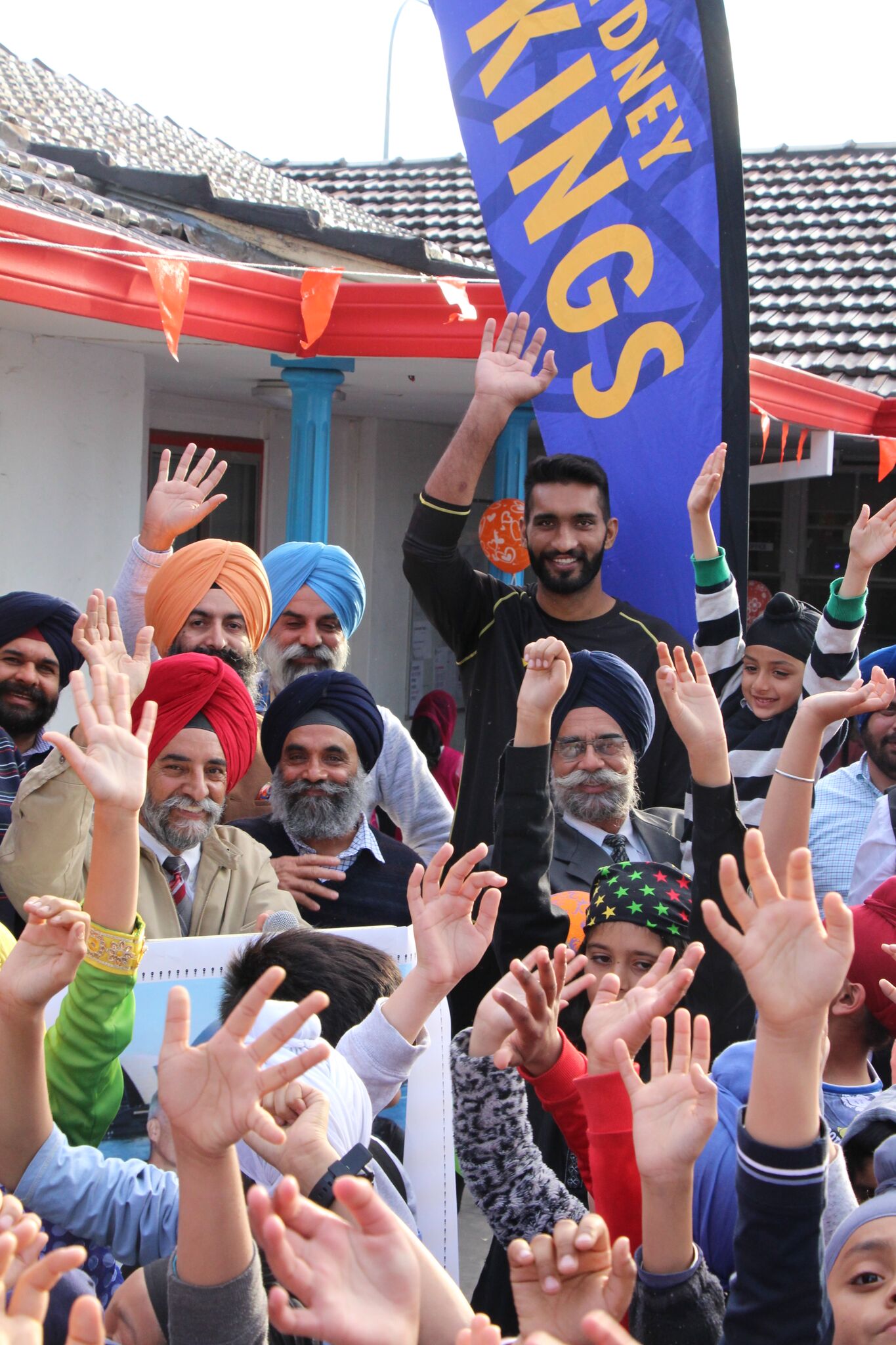 The Education Director of the Australian Sikh Association – Dr Surinder Singh – help make the day possible, and he invited school officials as well as local government members to attend. Amritpal played basketball with hundreds of young students, posed for photographs and signed autographs.

Dr Singh and other school officials addressed the large gathering, strongly encouraging them to look into Sydney Kings memberships and pointing to our 14 NBL 2017-18 home games at nearby Qudos Bank Arena, at Sydney Olympic Park.

In the meantime, excitement mounts for fans to witness star imports Perry Ellis and Travis Leslie and their first taste of action on the Qudos Bank Arena floor when the Sydney Kings take on the two-time reigning champions Perth Wildcats on September 27th.

Tickets are now available for the game, which will serve as a final tune up for their historic NBA preseason game against the Utah Jazz on October 3rd.