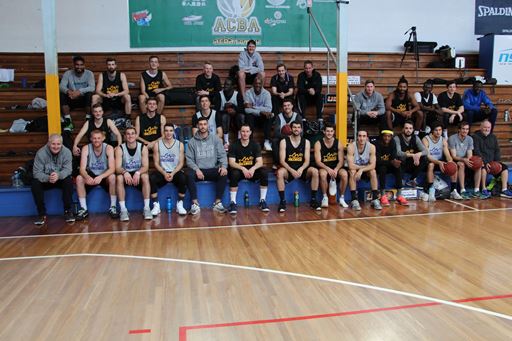 An offer to contest the eight-team Atlas Challenge tournament held in Suzhou, China next month has seen the Kings’ organisation name a “Sydney Kings Invitational” squad to contest the prestigious event.

In its third year, the Atlas Challenge, hosted by The Atlas Group, features high-calibre club and national teams from across the Asia-Pacific region, Europe and the United States, who will each play five games over a six-day period between July 17 and July 23.

The Sydney Kings Invitational team will allow players who could potentially earn a spot on the team’s 2017/2018 National Basketball League roster to compete in an international environment under the eye of Kings Managing Director Jeff Van Groningen and Head Coach Andrew Gaze. The full coaching, strength & conditioning and road support staff will also be part of the travelling group.

Van Groningen believes the importance of the trip is two-fold; to gain an understanding of the capacity of aspiring Kings players in an intensely competitive environment, and continuity of the Kings long-term agenda of building relationships between the organisation and stakeholders of the game in China.

“We are humbled to have been invited to this exciting event and we thank the Atlas Group and the Chinese basketball authorities for the opportunity. The Kings organisation will benefit from this tournament from a player assessment perspective but, more importantly, from being part of the international basketball fraternity represented at the event”, Van Groningen remarked.

Kings rookie recruit Dane Pineau will make the trip and will be the only contracted player heading north. (Photos available below)

Head Coach Andrew Gaze emphasised the strength of the Atlas Challenge and the unique chance an aspirational squad has as a result.

“With a number of national teams competing, the strength of the tournament is certainly not lost on us. It’s a  great challenge, but for us, there’s a bigger picture. Quality games which really help us determine the readiness of players for the NBL are really important at this time of year. Added to that is the privilege of representing the Kings organisation and our league in China, which we highly value”, Gaze concluded.

Teams competing in the Atlas Challenge