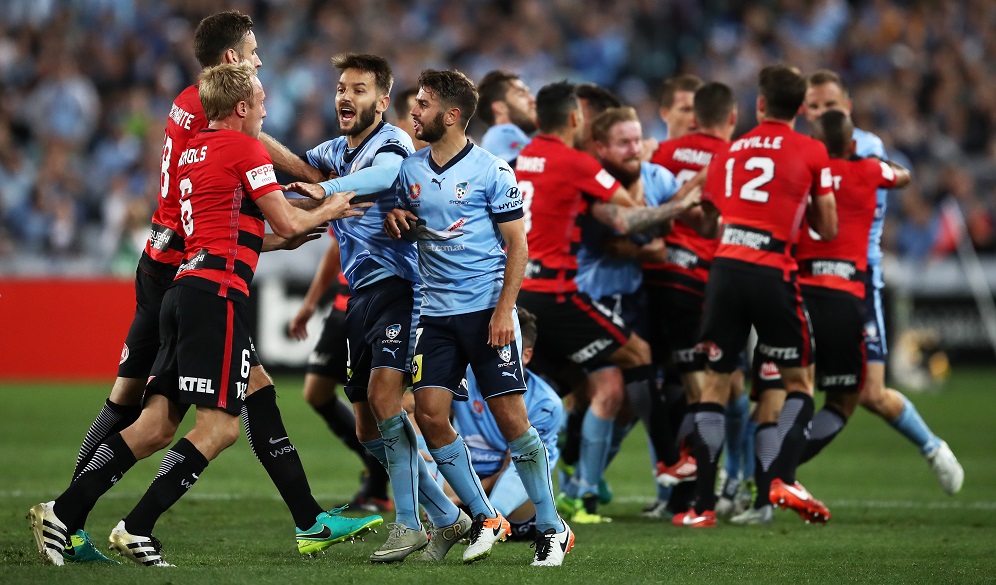 It’s time to pick your colours, choose your end and strap yourself in for one of the biggest derbies on the football calendar.

The Round 1 Sydney Derby at ANZ Stadium saw all existing A-League attendance records smashed when 61,880 passionate football fans walked through the gates cementing the A-League Sydney Derby as one of Australia’s biggest sporting rivalries.

The monster crowd comfortably eclipsed the previous A-League regular-season record of 50,333 – and even soared past the previous benchmark for Finals of 55,436.

The passionate support from the RBB and The Cove created an atmosphere that equalled or bettered any of the great Derbies around the globe.

A crowd on 18 February that rivals the 61,880 would take the Wanderers’ two-game aggregate crowd past the legendary Old Firm Derby in Scotland, Celtic v Rangers (109,165) and into the stratosphere of the Manchester Derby between Manchester City and Manchester United (129,886).

Sydney FC defender Michael Zullo likened the experience at ANZ Stadium to featuring in one of Europe’s oldest rivalries.

“The Sydney Derby at ANZ Stadium was world-class on all fronts,” said Zullo.

“We really don’t give enough credit to what the A-League has become and what we’ve built in this country.

“We should be incredibly proud of what we’ve done. Our fans are just as passionate as any of the fans I’ve played in front of overseas.

“One Derby that sticks out to me was our match when I played for Utrecht against Ajax – and that’s got 100 years of history behind it – yet the ANZ Stadium Derby was just as fierce.”

Socceroos great and FOX Sports commentator Mark Bosnich remarked during the broadcast that he never expected to see an A-League game of this magnitude.

“I never thought in my lifetime I’d see a record attendance like this at an A-League club game,” he said.