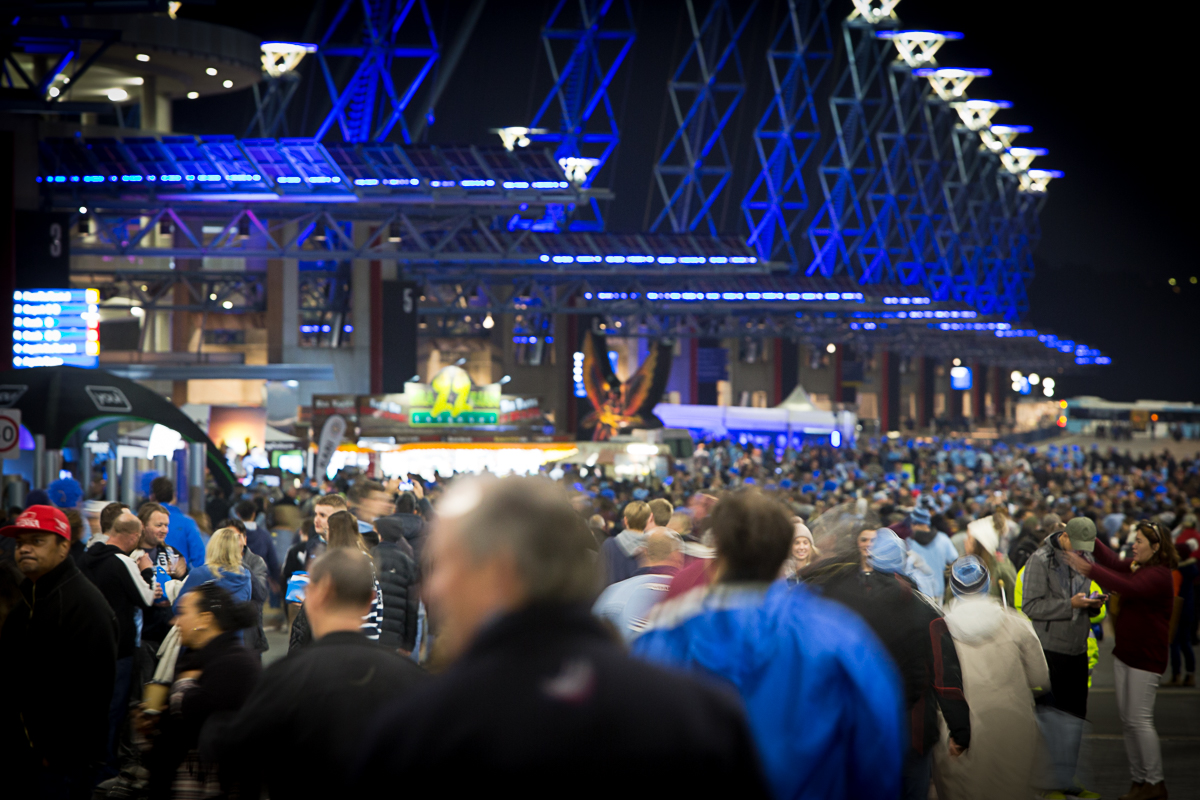 Congratulations to the NSW Blues on their Herculean effort to claim only their second State of Origin series victory in 13 years with an 18-14 game two win in front of 82,223 at ANZ Stadium on the last Sunday in June. It was a superb game with the stakes intesifying as drama upon drama unfolded right to the last minute.

The Sunday night timeslot was a major success allowing patrons to arrive early and with ease and enjoy the fantastic atmosphere.

The spirit of collaboration between key partners and stakeholders including venues, retailers, suppliers and supporters, provided a seamless major event experience for fans and showcased the might of Sydney Olympic Park as the premier major event precinct in Australia.

Fans flocked to the new Sheds in Cathy Freeman Park throughout the afternoon and enjoyed a great carnival atmosphere peaking at approximately 2,500 people prior to kick off.

The Brewery Bar was in extended set up on Dawn Fraser Avenue, with multiple pop food and beverage bars.  Likewise the Sippery Bar in the Novotel Driveway was well attended with hotel guests and patrons enjoying deck chair style seating and DJ entertainment.

Accor Hotels were at capacity from an accomodation perspective and the Pullman was proud to be the host hotel to the NSW Rugby League team.

Well done to everyone involved.