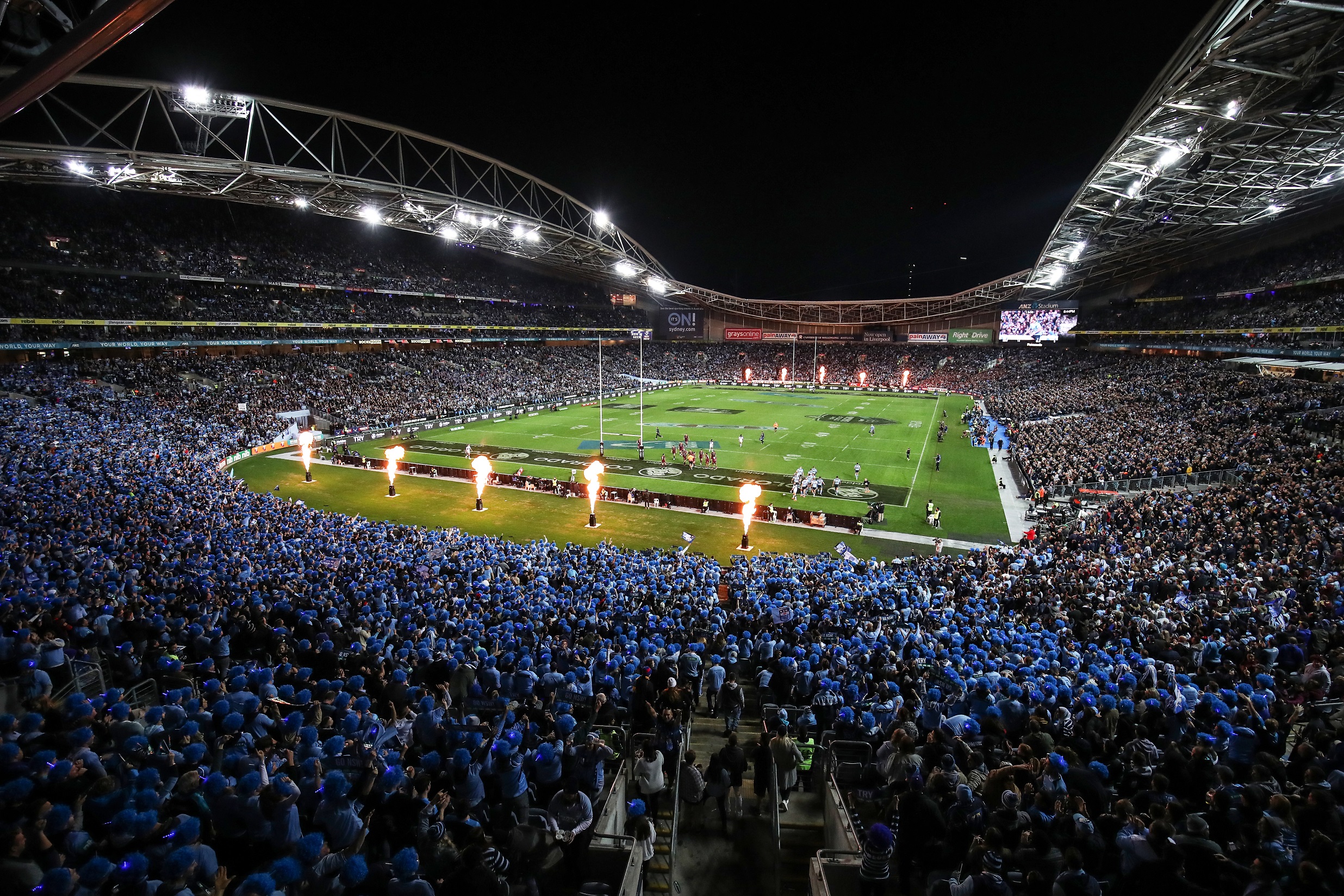 Sydney’s home of major events, ANZ Stadium, will host a historic first stand-alone Holden State of Origin match this June . . . a Sunday blockbuster that promises to be one of the most anticipated sporting events of 2018.

Desperate to end the Queensland Maroons’ Origin dynasty, the NSW Blues will get the chance to play in front of their parochial home fans in the crucial State of Origin Game II on Sunday 24 June.

The match will kick off at 7.45pm after a huge pre-game party in Sydney Olympic Park.

Tickets to the historic Origin fixture are on sale now here

With NRL CEO Todd Greenberg confirming that the Sydney Origin game will stand alone – without any other NRL matches that weekend – this is a must-see event on the Australian sporting calendar in 2018.

Melbourne will host the opening game of the 2018 State of Origin series on Wednesday June 6. Game III will be played in Brisbane on Wednesday 11 July.

2014 was the last time NSW won the State of Origin series, with Game II in Sydney proving to be the decisive match . . . setting in train a celebration to remember.

The reality is the Blues were just three minutes from winning the 2017 series after Queensland came from behind to snatch victory at ANZ Stadium after trouncing the Maroons in Game I in Brisbane.

The Blues have won 5 of the last 9 games on home turf at ANZ Stadium, with the parochial Blues crowd making the difference.

Origin fans will be celebrating before the game even starts with the traditional pre-game party lighting up the Sydney Olympic Park on the day.

Once the gates open, ANZ Stadium will turned into a glowing sea of blue with up to 15,000 Blatchys Blues fans to pack the northern end of the Stadium.

Sydney Olympic Park will come alive with a sea of blue and a host of food, activities and entertainment happening outside ANZ Stadium before the game.

As part of the Big Blue Celebration there are plans in place to deck-out the ferry wharf at Wentworth Point in NSW Blue to give fans arriving by water the ultimate Blues welcome.