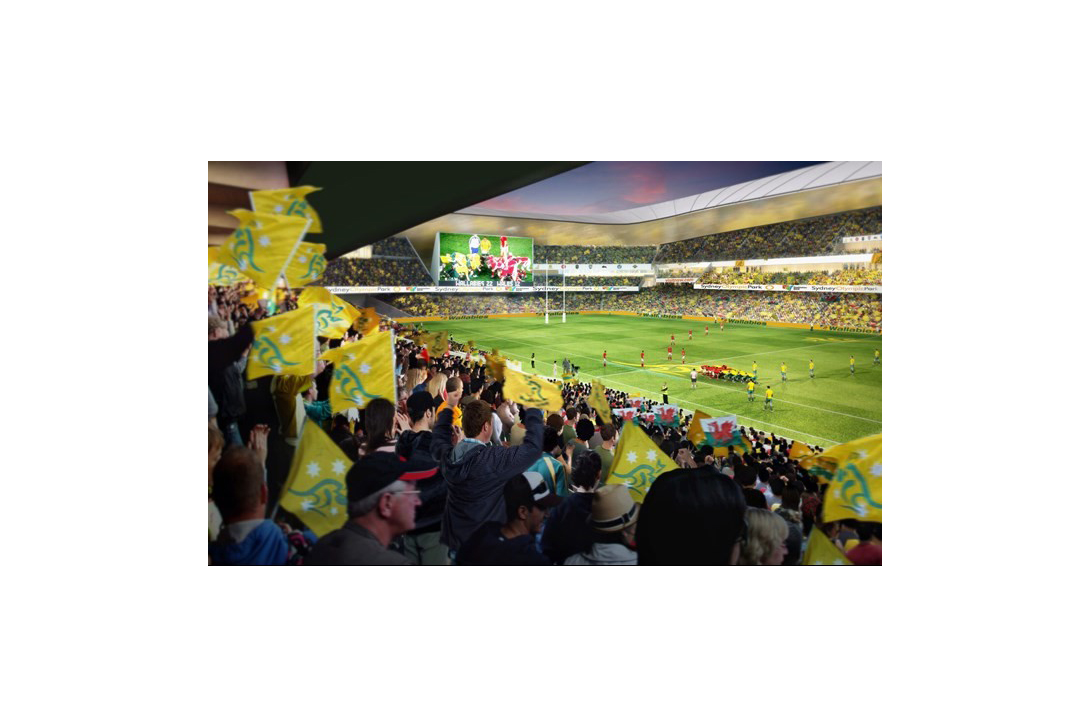 Minister for Sport John Sidoti announced that the NSW Government was getting on with delivering on its $810 million redevelopment of Stadium Australia, with the project now proceeding to community consultation and development application.

The redevelopment will transform Stadium Australia into a world-class 70,000-seat rectangular stadium, which will bring 46,000 seats closer to the action than ever before.

Mr Sidoti said, “Once complete, Stadium Australia will be the biggest rectangular stadium in the country, enabling NSW to host the best events in the world.”

“It also allows us to retain our Olympic legacy, while giving the stadium the refurbishment it needs to be purpose fit for the next 40 years which will see us attract and retain world class events.”

The Stadium Australia Redevelopment forms part of the biggest investment in sport and entertainment in NSW since the Sydney 2000 Olympics and delivers on the Government’s commitment to upgrade the State’s major stadia network.

Infrastructure NSW, on behalf of the NSW Government, is delivering the redevelopment of Stadium Australia.

The redevelopment will deliver: