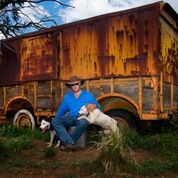 Show Much to See and Do

Edu-tainment, agri-tainment and just plain and simple entertainment. The Show is ready to delight people of all ages. While we continue to honour traditions and the heritage of the Royal Agricultural Society of NSW, there’s also a host of new and exciting activations to engage city folks with agriculture.

For the first time in more than 65 years, a Grand Parade will be held in the middle of the day. This very special event to be held at 1pm on 11 April will feature Champions of the RAS as well as 2017 The Land Sydney Royal Showgirl Competition finalists and RAS Rural Achiever Award recipients.

This iconic event has been taking place at the Show since 1907 and it’s believed to be the first of its kind in the world. Originally, animals had paraded separately on different occasions, but after 1906 the idea of one grand parade, comprising all prize-winners, was developed. Since then, the concept has been copied by every major agricultural show in Australia.

Watch events as they unravel at the annual wool auction hosted by the Australian Wool Exchange and its partners at the Sydney Royal Easter Show.

The sale is met with enthusiasm from woolgrowers, brokers and buyers – all eager to showcase the industry to the public. But don’t just sit on the side lines, the people from the Australian Wool Exchange and brokers will be on hand answer any questions you might have during the action.

It’s expected more than 14,500 bales will be offered during the two-day event with wool from New South Wales and Queensland going under the hammer.

The RAS Sheep & Wool Committee is set to host a presentation of recent research findings. Sydney University’s Faculty of Veterinary Science will report on their research in three separate areas: ovine footrot; Johne’s disease; and internal sheep parasites. These studies have been made possible by a donation to Sydney University by RAS Honorary Vice President Peter Wrigley and family.

Take a seat at this new entertainment spot and watch skilful agricultural demonstrations that will entertain and amaze. Lachie Cossor will perform here daily. He’s a third generation horse breaker and the Outback Stockman after whom the venue is named. The Bonnie Yard Dog demonstrations can also been seen daily here – bringing them front and centre to delight the public. Plus, for the first week of the Show, we’re bringing shearing demonstrations out of the Sheep & Wool Pavilion and into the great outdoors for five sessions every day from 6 – 12 April.

Where: The Daily Telegraph Paddock

Get a hit of history at the Show! For the very first time, we have a pavilion dedicated to treasures collected from the early 19th Century.

The history of the Royal Agricultural Society of NSW holds countless fascinating stories and they can all be uncovered at the Heritage Pavilion. Marvel at the magnificent display of Perpetual Trophies and discover the legends behind some of the rare and priceless medals in this collection.

Here you’ll also see a display of showbags from across the ages. You can even  draw your own showbag, choose what you’d put into it, and play our guessing games.

This April, The Stables will become an on-trend fine food and beverage destination with Australia’s finest producers on show.

You may not find them down on the farm but you will at the Sydney Royal Easter Show. Say hello to all creatures fluffy, hairy, feathered and scaled in the new Pet Pavilion.

Here you’ll see man’s best friend perform in agility and obedience trials. And while the official Sydney Royal dog competitions will take place in the Dog Pavilion, the Pet Pavilion is home to all the other domestic animal events. You’ll be able to meet people from Breed Societies and buy the purrfect present for your pet.

LITTLE HANDS ON THE LAND

This new exhibit will transform The Daily Telegraph Paddock into a kid-sized working farm. We’re excited by the opportunity to teach 2 to10-year-olds about agriculture from “crop-to-shop” in an entertaining and engaging way.

Little Hands on the Land is a free activity that takes children on a journey through 9 stations including a chook shed, fruit orchard, sheep shed, vegie patch, cow shed, pony barrel race and an outback tractor pull. The last stop is the farmers’ market where produce collected along the way is traded for farm dollars which can be spent at the final destination – the supermarket.

Where: The Daily Telegraph Paddock

Learn about Australia’s diverse range of sustainably sourced natural fibres as you weave your way through this exhibit illuminating the ‘field to fibre’ journey in the Fashion & Style Pavilion.

On the Fashion & Style Stage you’ll be treated to a fashion show featuring a stunning selection of natural fibre garments from the Darnell Collection.

Whether you’ve brought a picnic from home or you’re sampling a Show-snack to go, make Spotless Stadium your dining destination. There are plenty of seats undercover and no shortage of on-ground action with the horse competitions running all day, along with these special events.

The Packer family generously donate cattle from their Ellerston property to the Show and in 2017 the borrowed bovine will be involved in a stunning new demonstration of Cattle Dog talent. Watch as Murray Wilkinson (one of the lead riders in The Man From Snowy River production) puts six talented working dogs through their paces as they manoeuvre cattle around an obstacle course. Listen carefully. His only communication is a series of whistles.

The rumble of a V8 has never failed to draw a crowd at the Show and this year they’re back in a new racing phenomenon. The humble ute, brain-child of an Australian farmer in 1932 and a symbol of rural life everywhere, has come of age and will be tested to the limits as some of the country’s most daring stunt drivers get behind the wheel to race around the stadium.

The Man From Snowy River

The blockbuster live action drama is back with a little difference. The story faithfully follows Banjo Paterson’s poems The Man From Snowy River and Clancy of the Overflow, with a few changes ensure the production delivers fresh surprises for anybody who might have seen it in 2016.

The fireworks to close each night of the Show will leave Showgoers of all ages with memories that will be cherished for years to come. In 2017 we have a new production, ‘Cracker of a Cracker Show’. It’s a masterpiece of pyrotechnic art with dramatic effects and colour-changing schemes styled to the rhythm of backing music.

The circus has come to town! At least you’ll think it has when you step inside The Amphitheatre which will be transformed into a circus tent for the 2017 Show. There’s incredible value to be had in this venue alone with three of the hottest entertainment acts for kids to hit our shores. And they’re free with your ShowLink ticket. You’ll be able to see DreamWorks’ sensational Trolls, Looney Tunes Circus, Yo-Kai Watch, and a whole lot more.

Business Events Australia (BEA) will once again support the Royal Agricultural Society of NSW (RAS) through a global marketing initiative to encourage people working in agriculture to visit the 2017 Sydney Royal Easter Show.

The international delegate program that was successfully piloted by BEA and the RAS at the 2016 Sydney Royal Cattle Show will be expanded across all areas of primary industry with support from the wider sector, breed societies and the NSW Department of Primary Industries. It is anticipated that delegates from Ireland, Japan and Korea will be among the list of countries represented at networking events and guided tours throughout the 14-day Sydney Royal Easter Show.

Know someone who would benefit from this international delegates program? Visit rasnsw.com.au/cattle for more information.

Celebration is in the air as the best of the best compete for a Sydney Royal award. Don’t miss these judging highlights.

Every year there’s regional pride at stake during this competition. One of the most loved and visited exhibits at every Sydney Royal Easter Show, the regions are not just vying for the most creative artwork. It’s the produce that really counts. Which region will reign in 2017?

Find out which Rural Achievers have the gift of the gab and who will take home the title of 2017 The Land Sydney Showgirl at this nail-biter of an awards ceremony.

Be there when the biggest and best beef cattle compete for some of the highest accolades in the industry.

The horsemanship on display at this event is second to none. You will be in awe as you watch competitors cut a beast out of a small mob and direct it around obstacles.

The pace of competition will be cyclonic. When the difference between first and second place is a hair’s breadth, Judges will defer to the video ref.

All day, the best of each breed will compete with the top seven dogs going paw-to-paw for the prestigious Best In Show title at the Purina Pro Plan Sydney Royal Dog Show.