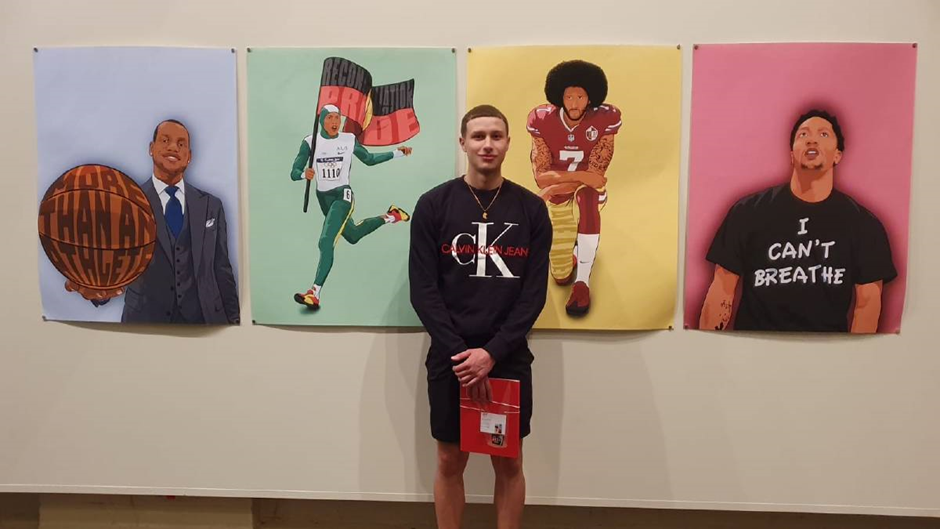 Recently he took his first look at the banners lining the streets surrounding ANZ Stadium and Qudos Bank Arena displaying images of Cathy Freeman after her gold medal winning performance in the 400-metres, the Olympic Cauldron, Australian Paralympic wheelchair racer Louise Savage and an Olympic volunteer.

The 18-year-old was approached to do the banners following the success of his HSC major work – aptly titled More than an athlete – which was selected for the ARTEXPRESS exhibition at the Sydney Olympic Park Armory.

His work featured four iconic athletes who used their voice outside of the sporting arena to have a say around political and social issues – including the image of Cathy Freeman carrying the Aboriginal flag during her lap of honour and which now features on one of the banners.

“Driving in and seeing the banners made me smile,” Tomas said.