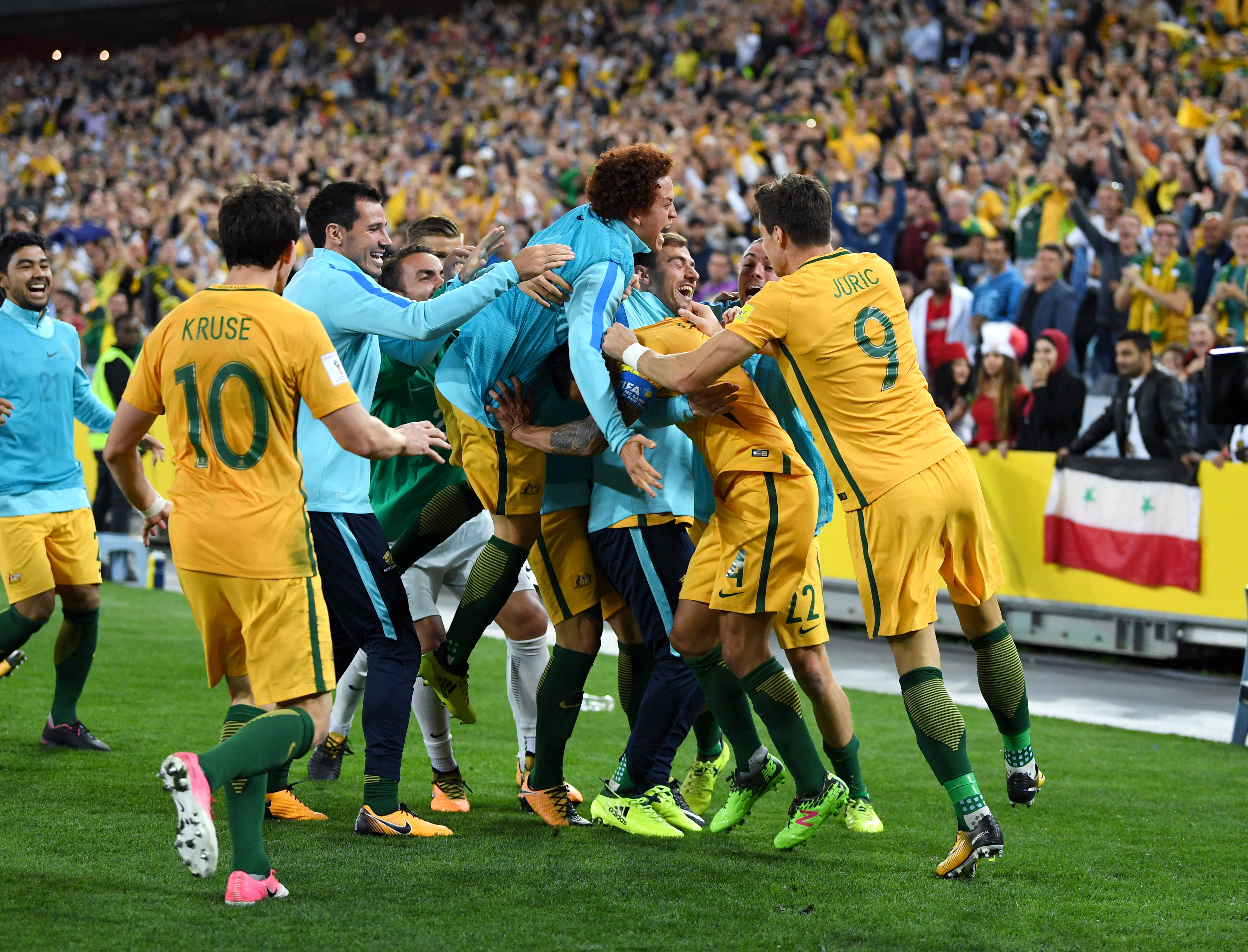 The Socceroos will face Honduras for a place in the 2018 FIFA World Cup with the crucial second leg game at ANZ Stadium (Stadium Australia) on Wednesday 15 November.

The Intercontinental Playoff on the Road To Russia against an opponent from the Americas will evoke memories of one of Australia’s greatest sporting moments – the 2005 World Cup qualifying shoot-out against Uruguay that featured John Aloisi’s historic penalty.

The Socceroos will play their first leg game away, in Honduras on Friday 10 November (Saturday 11 Nov AEDT), before returning to home soil for the decisive game.

Tickets for the final qualifying game at ANZ Stadium go on sale to the Football Family from 12 noon Monday 16 October and to the General Public from 12 noon Thursday 19 October.

The game is included in ANZ Stadium Membership. Enquiries here.

The team with the best score on aggregate over two legs will qualify for the 2018 FIFA World Cup in Russia, which will be contested between 14 June and 15 July next year.

The do-or-die fixtures pit the Socceroos – winners of the Asian Qualifiers Play-Off with Syria – against the Hondurans who finished fourth in CONCACAF qualifying, edging out the USA.

The Socceroos will go into the must-win final game knowing they have a fantastic record at Stadium Australia – having recorded 9 wins, 1 draw and 1 loss in their last 11 outings at the Stadium, their most successful venue in world football.

FFA Chief Executive Officer David Gallop called upon all Australian sports fans to show their support for the Caltex Socceroos for the most important knock-out match since Australia defeated Uruguay at the same venue on November 16, 2005.

“Following last week’s dramatic play-off victory over Syria it comes down to these last two matches to see who will get the final berth at the 2018 FIFA World Cup,” said Gallop.

“There hasn’t been a more important match played in Australia since our last Intercontinental Play-off against Uruguay 12 years ago, and for all of us who were there it was truly a very special moment in Australian sporting history.”

“With a place at the 2018 FIFA World Cup in Russia at stake, we’re calling on all football and sports fans to rally behind the Caltex Socceroos as they aim to qualify for their fourth successive FIFA World Cup,” concluded Gallop.

Socceroos Head Coach Ange Postecoglou recently names his 25-man squad for the two games and is confident the group selected represents a good combination of experience and form.

“It has been pleasing to see so many of our players performing strongly for their clubs domestically and abroad, and I believe that puts us in good stead for our upcoming play-off matches,” said Postecoglou. “With two games in five days and extensive travel between the fixtures, every member of our squad will play an important role this November. “We’ll be looking to get positive result in San Pedro Sula, before aiming to seal a place at the 2018 FIFA World Cup in Russia in front of our home fans in Sydney,” Postecoglou concluded.