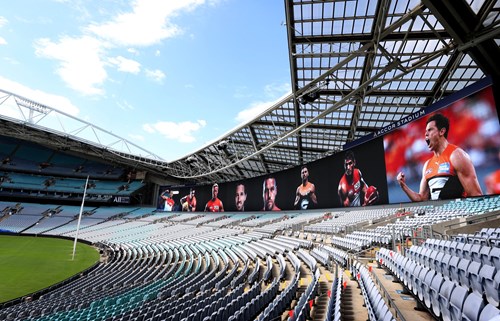 Minister for Tourism and Sport Stuart Ayres has officially switched on Accor Stadium’s Great Southern Screen, ahead of a blockbuster schedule of events at Sydney’s Olympic venue.

“We are continuing to invest in Sydney’s major event venue to ensure the people of NSW are given the best live stadium experience in Australia and we attract the biggest names in sport, music and arts from all across the globe to New South Wales,” Mr Ayres said.

It is fitting that at Accor Stadium we will be entertaining sports and entertainment fans with this incredible screen, creating unforgettable experiences for all.”

The Great Southern Screen was delivered, installed and commissioned by Daktronics Australia and its integration at Accor Stadium was planned by global architectural design firm Populous.

Watch the official opening with Minister Ayres on Facebook here