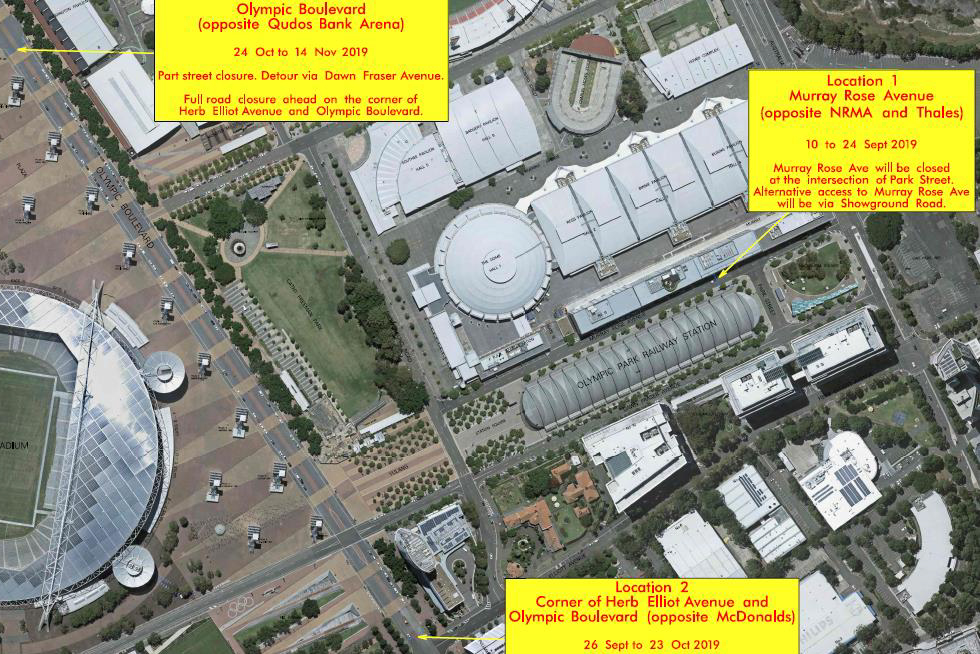 Sydney Olympic Park Authority is undertaking works on Murray Rose Avenue, Olympic Boulevard and Herb Elliott Avenue from September to November 2019 to install road bollards to improve better management of major events. Road closures and detours will be in place from 9 September to 14 November 2019 as per below.

Full street closure on Olympic Boulevard from this point onwards with detours in place. Detour via Dawn Fraser Ave.

All closures are detailed and updated regularly at www.sydneyolympicpark.com.au/map