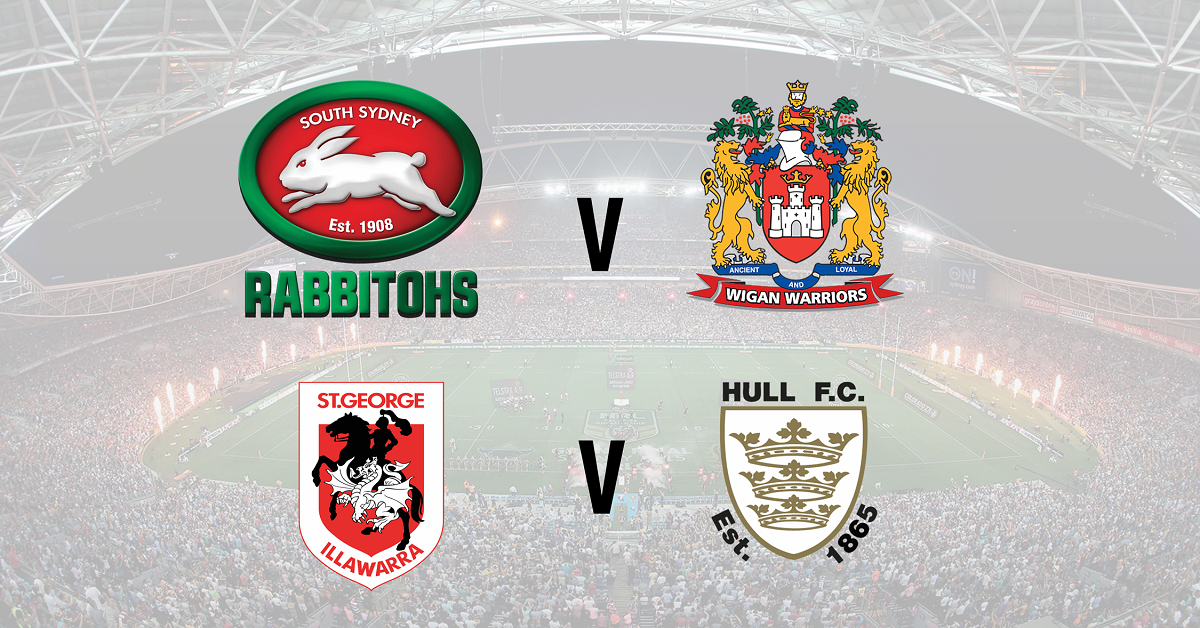 The 2018 NRL season will kick off at ANZ Stadium in spectacular style, with an international double-header confirmed for Saturday 17 February.

NSW Minister for Tourism and Major Events, Adam Marshall, has announced that British Super League clubs Wigan and Hull will play the South Sydney Rabbitohs and the St George Illawarra Dragons respectively in a classic pre-season double-header at the Stadium.

The ANZ Stadium matches will follow a historic first-ever Super League game outside of Europe – with Wigan bringing their Round 2 fixture against Hull to WIN Stadium, Wollongong, on Saturday 10 February.

The events have been secured by the NSW Government’s tourism and major events agency, Destination NSW, in partnership with Wigan Rugby League Football Club and Destination Wollongong.

ANZ Stadium Members will have access to this exciting double-header – the first at the Stadium since 2004 – as part of their 2018 Membership.

Announcing the exclusive NSW tour by the British Super League clubs, Minister Adam Marshall said: “It’s a no brainer that the first ever Australian played Super League match will be held in the country’s No.1 state for major events, and I am thrilled that the NSW Government has secured these exclusive matches for Wollongong and Sydney.

“The NSW Government’s investment in the state’s tourism and major events sectors continues to return outstanding results, expected to attract close to 5000 interstate and overseas visitors to NSW, injecting more than $7 million into the local visitor economy.

“We have a stellar line-up of rugby league events already scheduled in NSW, with this tour following the 2017 NRL Premiership Grand Final in October and Women’s Rugby League World Cup in November and joining Game II of the State of Origin series (at ANZ Stadium) in the 2018 major events calendar.”

With NSW venues ANZ Stadium and WIN Stadium to host the events, Venues NSW Chairman Christine McLaughlin said: “The NSW Government must be congratulated on securing these exciting rugby league games, which will showcase its stadium network.

“This Tour will deliver a historic Super League game to WIN Stadium, Wollongong, and a fantastic double-header to the major events venue of ANZ Stadium at Sydney Olympic Park.

“This is a perfect example of the Venues NSW network of stadiums working together to host the right content at the right venues.”

Hull FC was founded in 1865, making them one of the oldest rugby league teams in the world. They have won six League Championships and added a fourth Challenge Cup in 2016. They finished the 2016 Super League season in third place.

Tickets and travel packages for all games will go on sale late August with more than 5000 UK fans expected to travel with the teams.

Why not watch the big double-header in style? Choose between a Private Suite, Zone Box or Centreline Seats to entertain your important clients. Enquiries here.