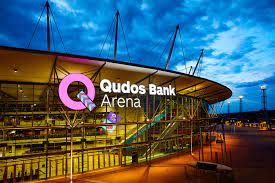 NSW premier Gladys Berejiklian has announced that Qudos Bank Arena will be used to vaccinate 20,000 Year 12 students in August.

Talking about how important it was for the state to get “as many jabs in arms as possible”, Berejiklian said the arena in Sydney Olympic Park would be used to get the students in eight LGAs “of concern” vaccinated against COVID from August 9.

The arena, which is normally home to concerts and sporting events, will be converted to a mass vaccination centre to rapidly vaccinate year 12 students from eight local government areas of concern before they return to face-to-face learning on August 16.

Speaking to reporters last Friday the Premier said 20,000 students would be jabbed in just five days.

“Pleasingly once we’ve jabbed the year 12 students in that week, after that point, it will become another mass vaccination hub,” she said of the arena.

“We are setting them up all over the place. It’s really important for us to get as many jabs in arms as possible,” the premier added.

It will then become NSW’s largest dedicated AstraZeneca vaccine centre.