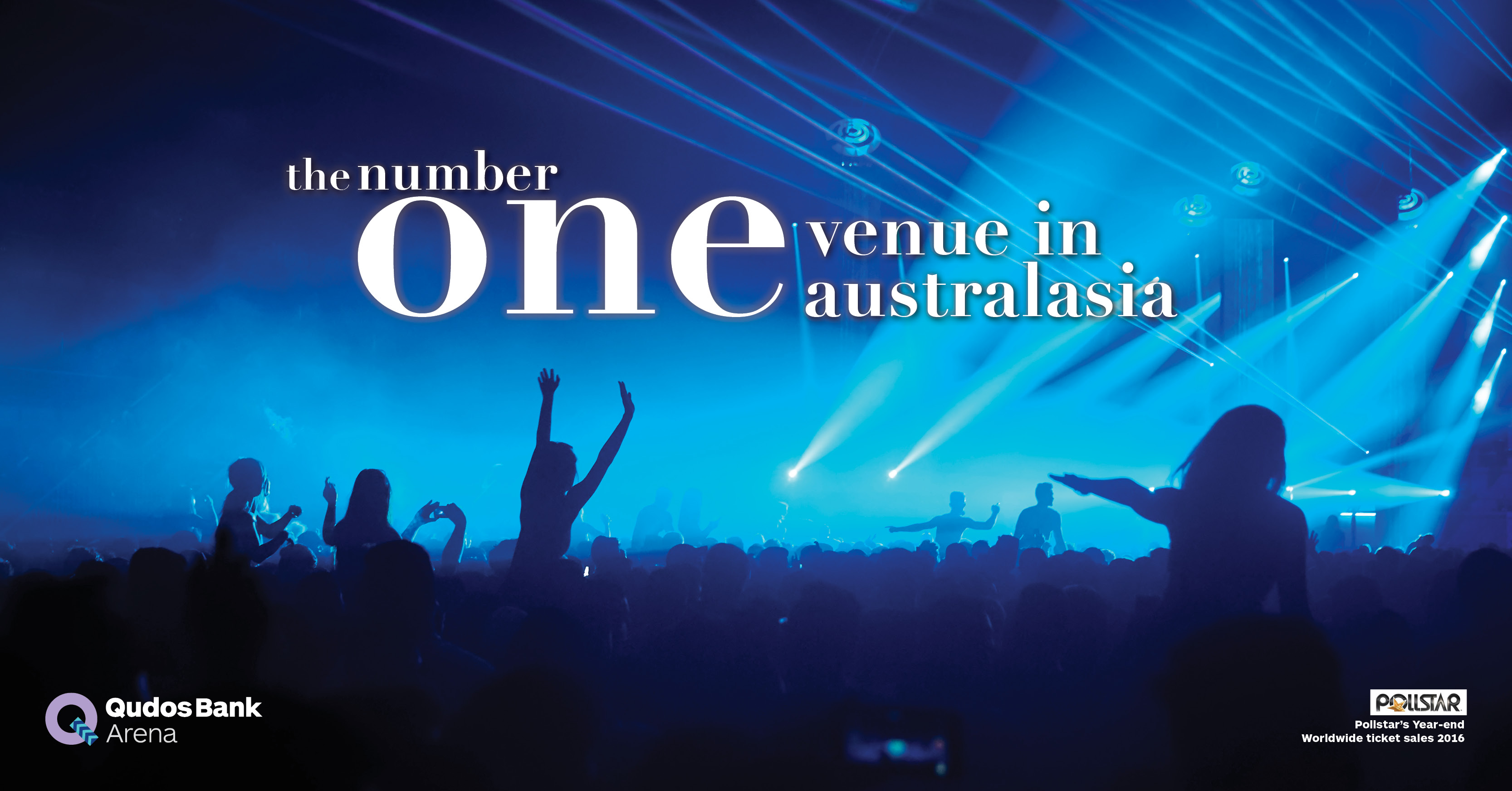 Based on ticket sales, Qudos Bank Arena has ranked as the number one Arena in Australasia, with the top Arena worldwide being London’s 02 Arena, both managed by AEG.

In total, AEG Facilities-venues sold more than 12 million tickets in 2016 and accounted for 47% of all tickets sold in the top 20 Arenas throughout the year. 27 Arenas owned, operated or affiliated with AEG Facilities were named in the list of the top 100 Arenas worldwide that included Sydney Olympic Park’s very own, Qudos Bank Arena, currently ranked 29th worldwide.

Commenting on the impressive performance, Qudos Bank Arena’s General Manager Steve Hevern stated “We are really pleased with the result as Australasia’s number one venue in the 2016 Pollstar rankings. We pride ourselves on securing the best possible content for our patrons and corporate clients, and last year saw the Arena host the most events we’ve had in the last 5 years”.

2017 is shaping up to be an even bigger year at Qudos Bank Arena with some remarkable events booked and soon to be announced surprises, as well as numerous world class acts lined up including Bruce Springsteen, Dixie Chicks and Green Day ready to take the stage during the first quarter of 2017.

For a list of all upcoming events and event announcements, visit www.qudosbankarena.com.au