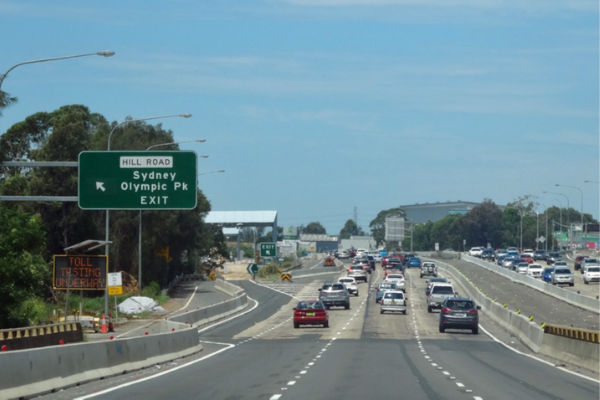 Way back in 2015, in a NSW Government media release, then Roads Minister Duncan Gay said, “the NSW Government is building transport infrastructure to support new communities, including a westbound off-ramp from the M4 at Hill Road.

“Along with the G-Loop and the eastbound M4 on-ramp, being delivered under WestConnex, this completes the trifecta of road upgrades for the Homebush area.

“The ramp will further complement travel time savings provided by the M4 Widening and is being fast tracked to open at the same time as Stage One of WestConnex in 2019.”

But a Transport for NSW community flyer issued in December stated the westbound off-ramp was cancelled after studies determined it could not be delivered safely.

This statement was extremely frustrating for the Business Association. Now, even more pressure is going to be placed on the Australia Ave-Underwood Rd roundabout and Homebush Bay Drive as the population in the precinct explodes.

The Business Association have been communicating for five years on the progress of this project as it was going to be a significant improvement for residents commuting from the city to home or those driving to Sydney Olympic Park for major events. The $140 million link was promised in 2014 when the Sydney Olympic Park Business Association suggested the road as part of its feedback into the now completed section of the WestConnex project.

In a recent story in the Daily Telegraph, the Business Association CEO said that “The westbound off-ramp was a fantastic solution because it meant people could go past Homebush Bay Drive and come out further west to access developing communities – going in and out is problematic.’’

It was also noted that the government should have informed the community sooner about reversing its decision. The Business Association reiterated its frustration that it has taken five years since the NSW Government made this announcement to now say, they are not going ahead with this project.

The Business Association will continue to advocate relentlessly for this major transport project.