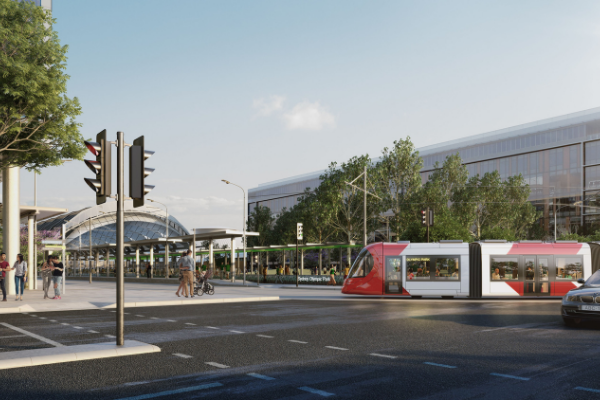 In last week’s Budget, the NSW Government committed $50 million for planning and development works for Stage 2 of Parramatta Light Rail. Treasurer Dominic Perrottet noted the funding would ensure the right transport links between Greater Parramatta and Sydney Olympic Park and its surrounding precinct.

Minister for Transport Andrew Constance said the Stage 2 funding would ensure the project is ‘shovel ready’. He added, “This area is growing at an exponential rate and requires infrastructure that is smart, futureproof and will offer the community a variety of transport choices.”

The Business Association has long advocated for a light rail network that would include Sydney Olympic Park with a direct interchange to the under-construction Sydney Metro West, ferries, and the existing heavy rail network.