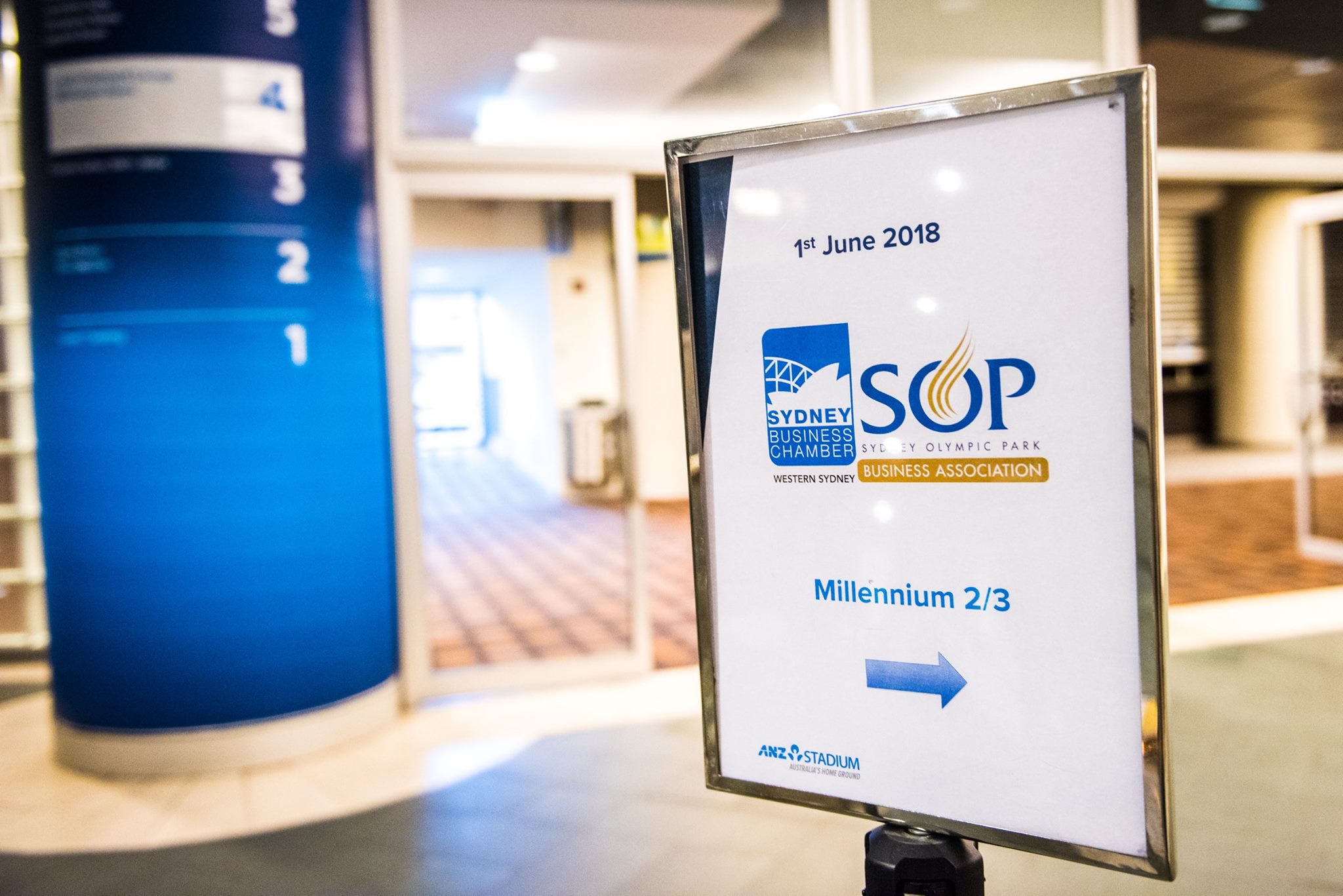 The POP! (Parramatta to Olympic Peninsula) Conference saw key stakeholders, transport and infrastructure experts and government and business leaders get together at ANZ Stadium to discuss some of the best ideas to fix the Olympic Peninsula’s access challenges and explore opportunities to better connect the precinct to the Parramatta and Sydney CBDs.

The series of presenters and panels stressed the urgent need for more transport infrastructure in the Greater Parramatta and Olympic Peninsula corridor to meet the needs of its growing population and realise the Greater Sydney Commission’s ambitious vision for the area. Bold solutions and new ideas were presented to integrate the Olympic Peninsula into the broader city with new transport links and a reinvigorated civic heart.

The POP! conference stimulated the ongoing conversation to improve transport connections and stressed the need to ensure that the infrastructure projects that have been promised such as stage 2 of the Parramatta Light Rail and Metro West are built and that new ideas are encouraged to better access the precinct.

Conference participants noted the importance of the Government gazettal of the Sydney Olympic Park Masterplan to provide a roadmap for the precinct’s growth and to encourage greater investment from the private sector.

The Blue Highway: NRMA released a report on fast ferries at the conference. CEO Rohan Lund outlined the potential for fast ferries to play a bigger role as a heavy lifter in Sydney’s transport system, including on the congested Parramatta to Sydney corridor.

The Blue Highway vision will focus on the establishment of a Western Quay at Sydney Olympic Park and the potential for fast ferry services from Western Quay to access the CBD and Parramatta in less than 30 minutes.

ANZ Stadium: When the stadium reopens after its redevelopment in 2021, the entire precinct will look significantly different. The experience of going to a game and the atmosphere will contrast significantly with the current experience. The NSW Rugby League Centre of Excellence (which will be finished by the end of the year) will be where league players warm up before the big game and then they will walk through the Cathy Freeman Tunnel into ANZ Stadium.

Image: NSW Blues on the training field of the soon to be completed NSW Rugby League Centre of Excellence, adjacent to ANZ Stadium

An artist’s view: Sydney artist and academic Dr Baden Pailthorpe presented an artist’s view of Sydney Olympic Park. He stressed the vital role of artists in planning and creating the ideal conditions for culture, communities and business to flourish, especially using digital technology.

Image: Digital projection onto skin of refurbished stadium (concept only)

A new gathering place: GPT is the largest leaseholder of developable land in Sydney Olympic Park. This provides an opportunity to build a thriving, vibrant, mixed-used town centre which could act as a unique cultural-social precinct similar to Federation Square in Melbourne. The Olympic Peninsula is near the geographic centre of Sydney and could be a world-leading integrated precinct where people work, live and play.

A new river crossing: Property developer Payce is working with City of Parramatta Council to build a bridge connecting the Olympic Peninsula and the new housing development at Melrose Park on the north side of Parramatta River. The ‘Gateway Bridge’ would give residents living in Melrose Park easy access to light rail (Parramatta Light Rail Stage 2) and other modes of public transport. The development consists of 5000 units and is currently the biggest urban renewal project in Sydney.

NSW Government Representation: Dr Geoff Lee, Parliamentary Secretary to the Premier, Western Sydney and Multiculturalism. representing the Premier, and Member for Parramatta, spoke of the importance of jobs growth within the Olympic Peninsula and acknowledged the current and growing congestion on the T1 Western Line and the need for the game changing Sydney Metro West.

The Opposition vision: The State Opposition and Member for Auburn, Luke Foley, outlined his priorities for Olympic Peninsula if elected to government in 2019.

Photos from the event can be viewed here .