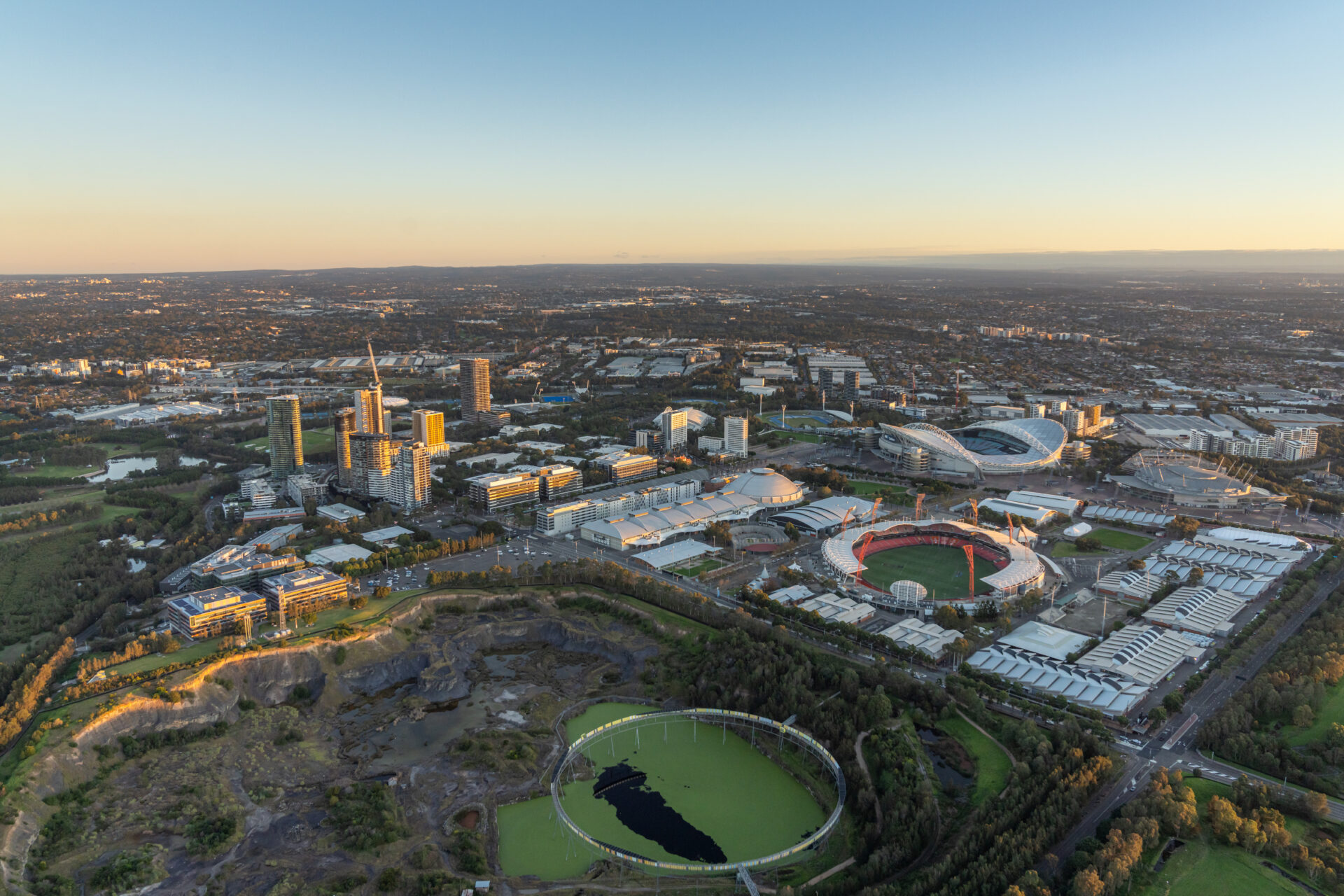 Sydney Olympic Park has emerged as a return to work leader and one of the hottest office markets in the city, despite the significant challenges and disruptions to routine caused by the COVID-19 pandemic.

The Park has recorded a vacancy rate of less than two per cent (1.79%) coming out of lockdown, demonstrating the growing appeal of the multi-purpose suburb.

“The commercial tenancy vacancy rate at The Park has dropped 11.1% in two years,” Ms Mitchell said.

“While it’s best known as the home of the Olympics and Australia’s premier major events destination, it has always been a place of business, and business will always be an important part of The Park’s identity.

“The Park’s central and accessible location ensure it is a destination of choice for businesses and employees for now and into the future.”

It joins several other NSW Government agencies in the precinct, including NSW Rural Fire Service, NSW Police and NSW Health, which have all taken advantage of the Park’s position in the centre of Sydney.

The Park is also home to major private sector tenants, including Toyota, Thales, Lion Brewing, NRMA and Samsung, who has just signed for another 5 years taking its total tenure to 29 consecutive years. Along with a host of elite sporting organisations such as the Sydney Thunder, GWS Giants AFL and Giants Netball.

Under the Master Plan for Sydney Olympic Park, approved in 2018, it is forecast the suburb will have a daily workforce of 34,000 people by 2030, with retail space in the Park predicted to increase to 100,000 square metres as part of its development over the next decade.

An additional 10,000 homes are also planned for the Park, housing approximately 23,500 residents by 2030, enabling more people to live closer to where they work, and take full advantage of all the lifestyle benefits the world-class precinct has to offer.