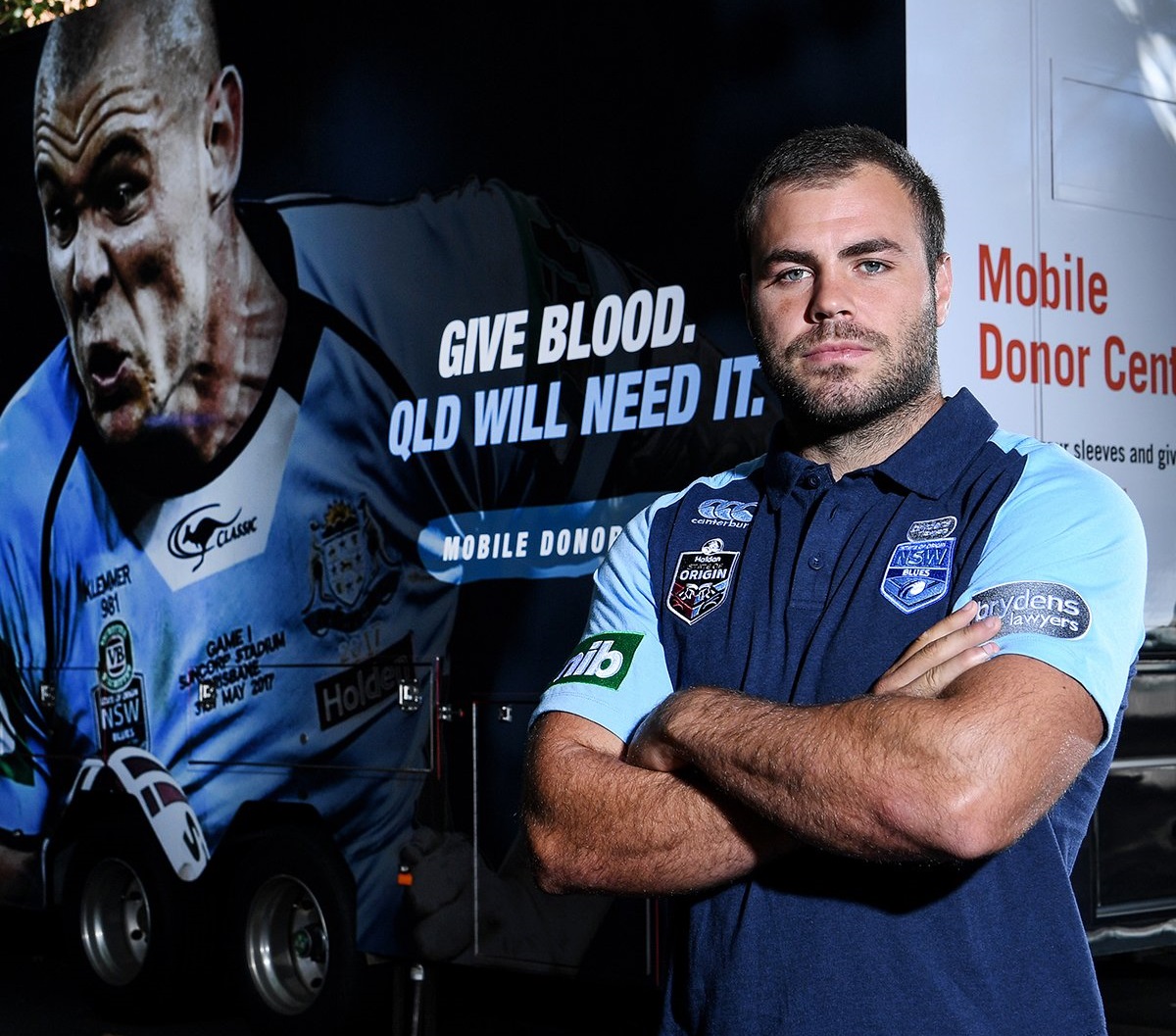 The NSW Blues have spilled blood in the name of their state for almost 40 years, now NSW fans get the opportunity to show that they also bleed blue.

A new partnership with the Australian Red Cross Blood Service will see the two organisations aim to increase blood donations by capitalising on the interstate rivalry that State of Origin creates.

The NRL’s new State of Origin campaign, ‘Out For Blood’, encourages fans from NSW and Queensland to go head-to head to save lives, with donations to be measured from both states.

“We know how powerful State of Origin is so it is great to be able to use the contest for such an important cause,” NRL Chief Commercial Officer Andrew Abdo said.

“One in three people will need blood over the course of their life, but currently only one in thirty people gives blood.

“Hopefully we can use Origin to change those statistics and save lives.”

Special NSW and Queensland themed mobile donation units will be travelling around to different areas of each state with supporters who donate receiving special Blues and Maroons branded bandaging and merchandise.

NSW fans will get the opportunity to show their passion in Sydney at the first ever State of Origin stand-alone weekend game, to be played at ANZ Stadium on Sunday 24 June.

Melbourne will host the opening game of the 2018 State of Origin series on Wednesday 6 June with Game III to be played in Brisbane on Wednesday 11 July.

The Blues have won 5 of the last 9 games on home turf at ANZ Stadium, with the parochial Blues  crowd making the difference.

Origin fans will be celebrating before the game even starts with the traditional pre-game party lighting up the Sydney Olympic Park on the day.

Once the gates open, ANZ Stadium will turned into a glowing sea of blue with up to 15,000 Blatchy’s Blues fans to pack the northern end of the Stadium.