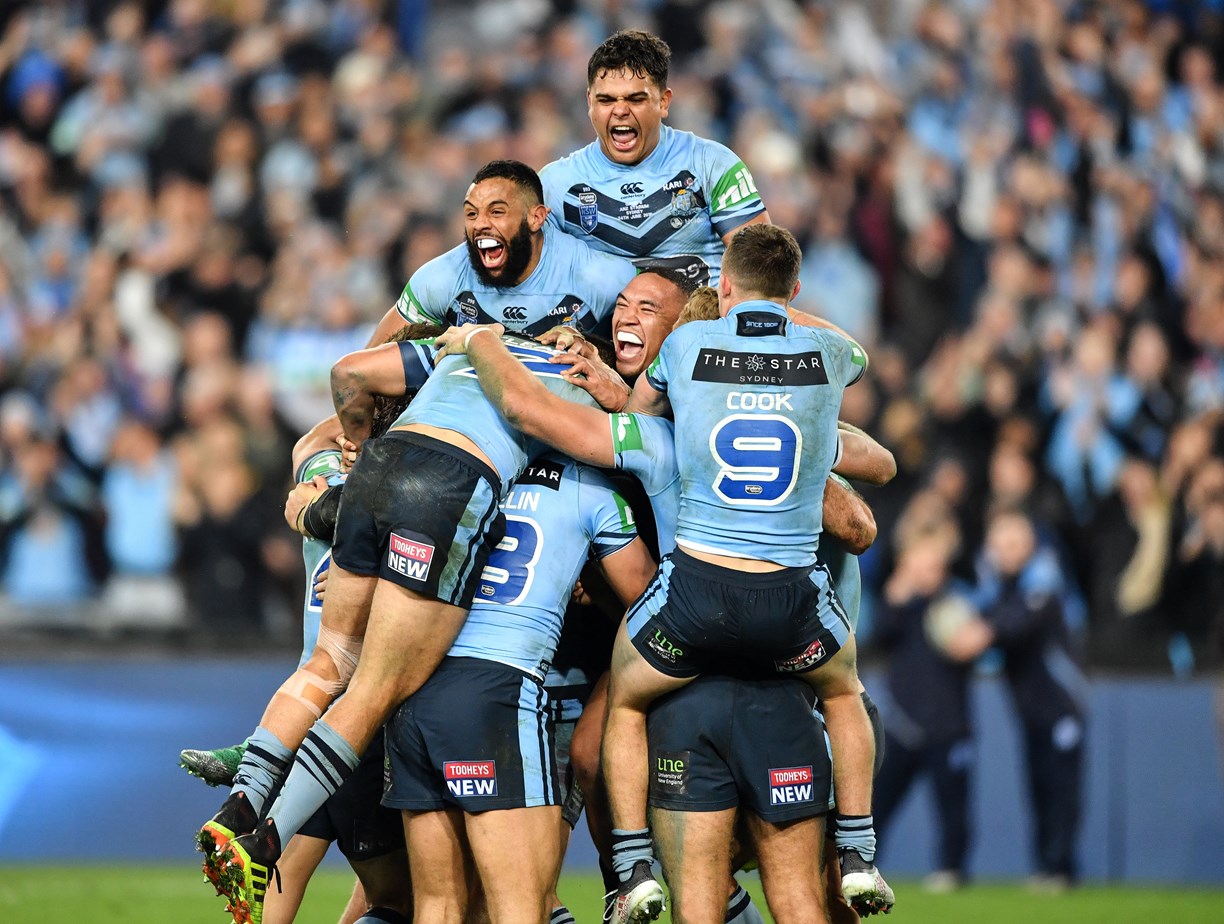 NSW Fans to Turn ANZ Stadium into a Blues Fortress

ORIGIN, it’s a clash like no other. And the countdown to the Wednesday 10 July blockbuster has begun.

NSW fans will turn ANZ Stadium into a Blues Cauldron for the crucial Holden State of Origin Game III, a potential series decider.

A new generation of Blues including the likes of James Tedesco, Nathan Cleary, Damien Cook and Latrell Mitchell secured a series victory at ANZ Stadium in front of 82,223 passionate fans in 2018.

Brad Fittler and his men will be out to make it back-to-back series wins and hoist the shield on home turf for the first time since 2004, with Fittler calling on NSW fans to get behind the team and turn Sydney Olympic Park into a giant Blues Zone.

So make sure you’re at ANZ Stadium for another edition of rugby league’s greatest rivalry! Tickets are available now: https://bit.ly/2XOMzVW