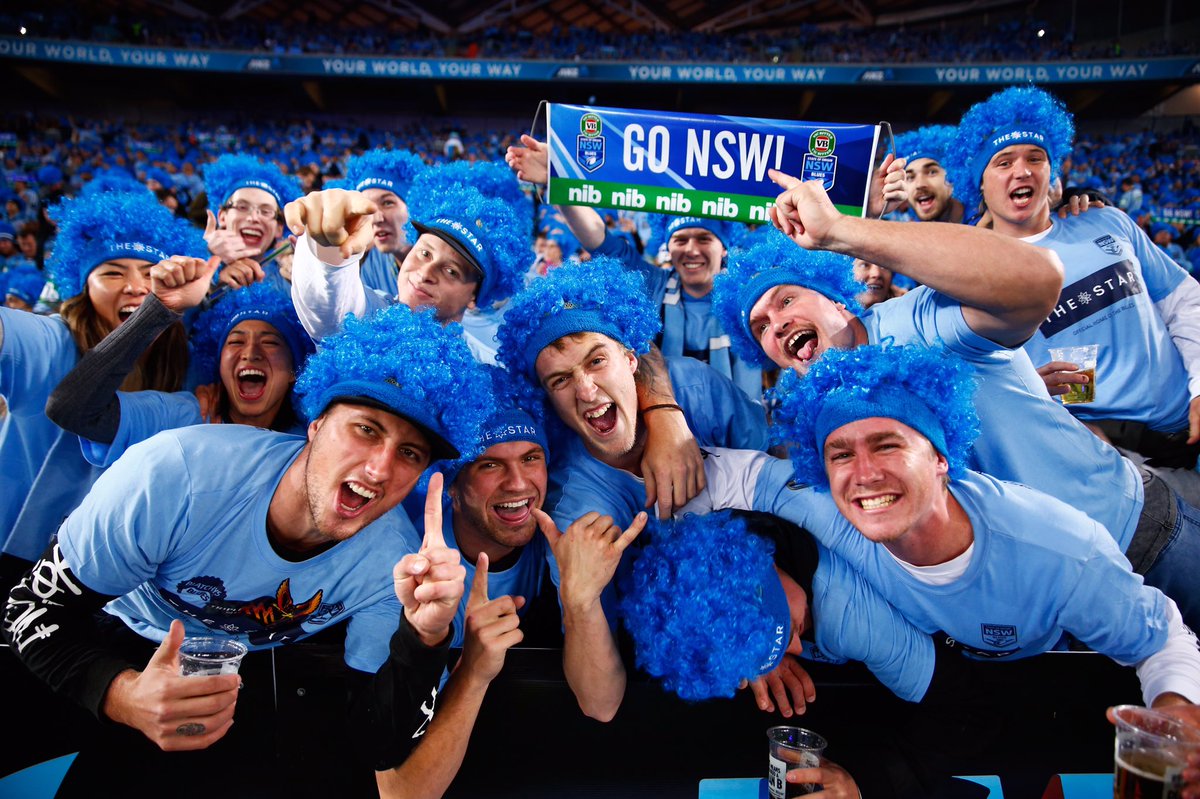 NSW fans will turn ANZ Stadium into a Blues Cauldron for the crucial Holden State of Origin Game II on Wednesday 21 June as the home team chases a famous series win.

The Blues’ stunning 28-4 win over Queensland in Game I in Brisbane has set the stage for one of the most anticipated sporting events in years, with tickets to Game II in hot demand as NSW aim to lift the Origin Shield for the first time since 2014.

Who will ever forget the scenes and atmosphere at ANZ Stadium when the Blues last won the State of Origin Shield, when Jarryd Hayne ran into the Blatchys Blues fans at the northern end of the ground?

All tickets include the cost of return travel to ANZ Stadium on Sydney Trains and Major Event Buses, with frequent direct services running to Sydney Olympic Park.

The Blatchys Blues active fan zone will come alive for the crucial State of Origin Game II, with Next Generation wig technology set to revolutionise the fan experience and create an amazing atmosphere on 21 June.

The Blatchys SMARTWiG, powered by The Star Sydney, will be available exclusively to 12,000 Blatchys ticket-holders at ANZ Stadium. Blatchys Blues tickets are available here.

A massive pre-Origin party is planned for Sydney Olympic Park, with the festivities kicking off from 4pm on game day.

Sydney Olympic Park’s food stalls, bars, cafes and eateries will all embrace the Blues theme on the night and will be pumping with energy. Good options are The Novotel Brewery and The Lounge.

Make sure you are at ANZ Stadium on Wednesday 21 June to cheer on the Blues to a famous Origin series victory.

Of course, Queensland fans are welcome too. But be prepared for a Blues cauldron at ANZ Stadium!

Join or renew as an ANZ Stadium Member to secure your premium seat for State of Origin Game II.

A small number of corporate hospitality experiences remain for the big game. Here’s your chance to impress your clients and to be part of history. Official Hospitality enquiries here.