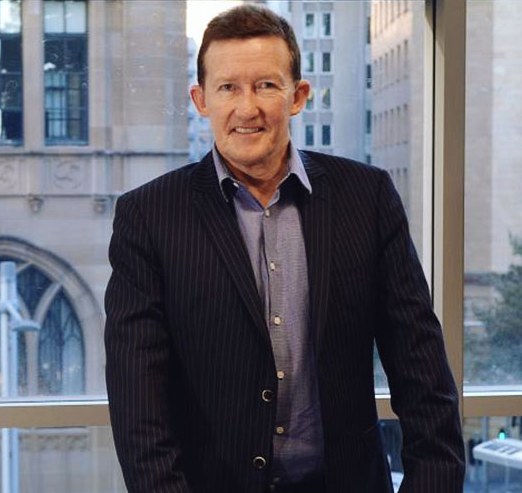 The NRMA announced at its Annual General Meeting in Newcastle on 3 November that Director, Tim Trumper, has been appointed Chairman

He has been appointed Chairman by his fellow Directors with unanimous support and will commence in the role on 3 December 2017, when current Chairman Kyle Loades completes his term.

Mr Trumper has extensive experience as a former CEO, advisor and non-executive director in high-performance global and Australian companies spanning data analytics, technology, the internet, financial services and media. He currently serves as an advisor to leading data analytics firm Quantium, and is interested in the impacts of data driven strategy and technology on Australia’s future productivity.

Mr Trumper is Chair of the NRMA’s Finance and Investment Committee and represents the Harbour Region of Sydney. He lives on the Northern Beaches.
In his time on the NRMA Board he has been a strong advocate for the construction of major roads and public transport infrastructure to tackle congestion. As the parent of young adults, and having elderly parents who still drive, Mr Trumper is a strong believer and holds a personal interest in improving road safety and strengthening New South Wales’ motor licensing laws.

Mr Trumper said he was honoured to be appointed Chairman of an organisation that had delivered such meaningful change to the lives of its 2.6 million Members and the broader community.

“It is an exciting time to be part of the NRMA and I would like to thank outgoing Chairman Kyle Loades, my fellow Directors, and Group CEO Rohan Lund and his team for stewardship of this iconic brand,” Mr Trumper said.

“The mobility sector is set to undergo rapid and significant change over the next decade due to advances in technology around electric, connected and autonomous vehicles, on-demand services and changing community demands around transport.

“The NRMA has identified these changes early and we have a strategy that will enable us to be part of the Australian mobility journey into our centenary celebrations in 2020 and beyond.”

“I am driven by the needs of our customers with the philosophy of ‘know me, serve me’. I firmly believe the NRMA has a rare opportunity to deliver services to meet the individual needs of our Members and customers around transport and tourism, and to continue to expand our legendary service beyond simply roadside assistance.”

“This also applies to our lasting reputation as an independent voice for our Members and the community and our leadership of social change.
“Great change is coming in mobility over the next few years and I believe the NRMA must play a leadership role in bringing the community with us on the journey and ensuring they benefit from these changes.”

Mr Loades will retire from the Board after serving a 12-year term limit, in accordance with the NRMA Constitution. He was first elected to the Board in 2005 and appointed Chairman in 2014.

His tenure on the Board marked a period of transformation for the NRMA, with the launch of the Jumpstart innovation program and expansive growth in motoring, tourism and accommodation.

Mr Loades was a strong supporter of the Jumpstart program to support entrepreneurs in emerging and disruptive sectors. Since joining the Board in 2005, his tenure also signalled a significant turnaround in the NRMA’s financial performance from losing $1 million a week in 2003 to posting a record $110 million profit before tax last financial year.

This financial strength allowed the NRMA to take a lead role in preparing Australia for the global mobility revolution. The NRMA invested in the state’s first autonomous bus earlier this year, and announced that it would build Australia’s largest electric vehicle charging network and delivered a connected car product to businesses.

Over the period of his chairmanship, Mr Loades delivered significant advocacy wins on behalf of NRMA Members. Following extensive campaigning by the NRMA, the NSW Government committed planning funding to commence the much-needed SouthConnex and Northern Beaches Tunnel.

The NSW Government’s adoption of the NRMA’s real-time data for petrol prices tipped the balance at the bowser in the favour of motorists and led the way for national reform.

Mr Loades thanked NRMA Members for their continued loyalty and support throughout his tenure on the Board.

“The NRMA stands alone as an iconic Australian organisation and I am honoured to have been able to serve our Members over the last 12 years,” Mr Loades said.

“We have embarked on a period of great change and I am proud of how the organisation has embraced innovation and technology to position the NRMA for its centenary celebrations in 2020 and beyond.

“This transformation has been done without losing sight of who we are and why the NRMA brand is so cherished by so many people. I wish my NRMA family a magnificent future and thank them for their support since I was privileged to join the Board 12 years ago.”