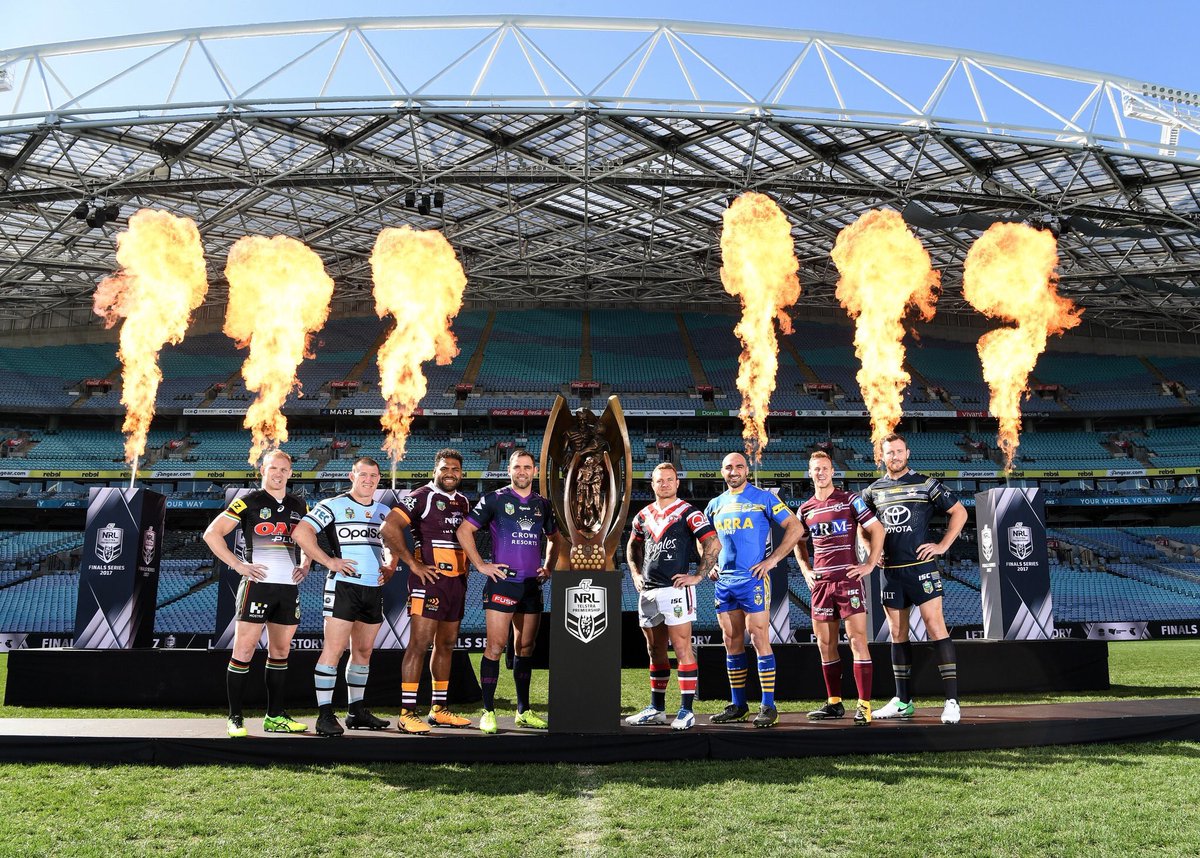 The 2017 NRL Telstra Premiership Finals Series will kick off this weekend after a dramatic finish to the regular-season, with the Canterbury-Bankstown Bulldogs knocking the St George Illawarra Dragons out of the finals race with an upset last-round win at ANZ Stadium on Sunday.

By finishing 4th on the ladder, the Parramatta Eels have qualified to host a Final and that game will be played at ANZ Stadium in either Week 2 (15-16 September) or Week 3 (22-23 September) of the NRL Finals Series.

Of course, the 2017 NRL Telstra Premiership Grand Final will be played at ANZ Stadium on Sunday 1 October!

The Grammy award-winning artist will perform his chart-topping hit ‘Glorious’ along with a number of other hits.    Every fan who attends the event will also receive a limited edition Brand 47 Telstra Premiership Grand Final cap. The one-of-a-kind cap is only available to ticket purchasers. Great seats remain available from $90.   Tickets for the 2017 NRL Telstra Premiership Grand Final are available now, so make sure you’re a part of history!