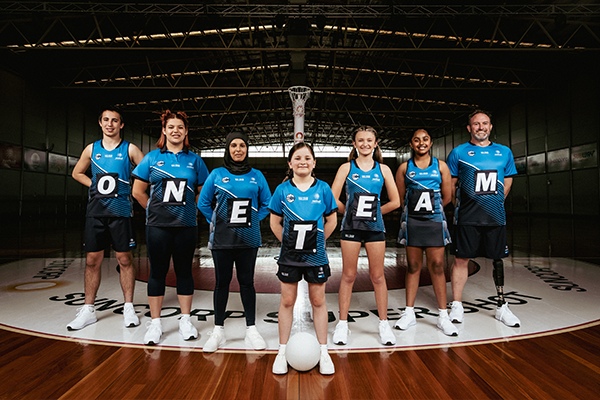 In a watershed moment for the sport in this state, Netball NSW is delighted to announce the launch of a new range of apparel designed to provide a more inclusive and welcoming environment for people of all ages, gender identity and cultural backgrounds.

The uniforms, launched in conjunction with apparel partner Valour Sport’s ONE TEAM initiative, are the culmination of a body of work undertaken by the organisation after Netball Australia’s State of the Game Review.

The Review, which was chaired by Australian Diamonds and Swifts legend Liz Ellis AM, highlighted that a lack of flexibility regarding uniforms was proving to be a barrier to many in the community taking up, or continuing their involvement in, netball.

Netball NSW’s long-term hope is that all Clubs and Associations will adopt a mix-and-match approach to netball uniforms to ensure grassroots participants feel comfortable when taking the court for their local teams. Alongside the traditional netball dress, the new apparel incorporates a range of singlets, t-shirts, long-sleeve tops, shorts and compression wear to provide the netball community with a range of on-court options.