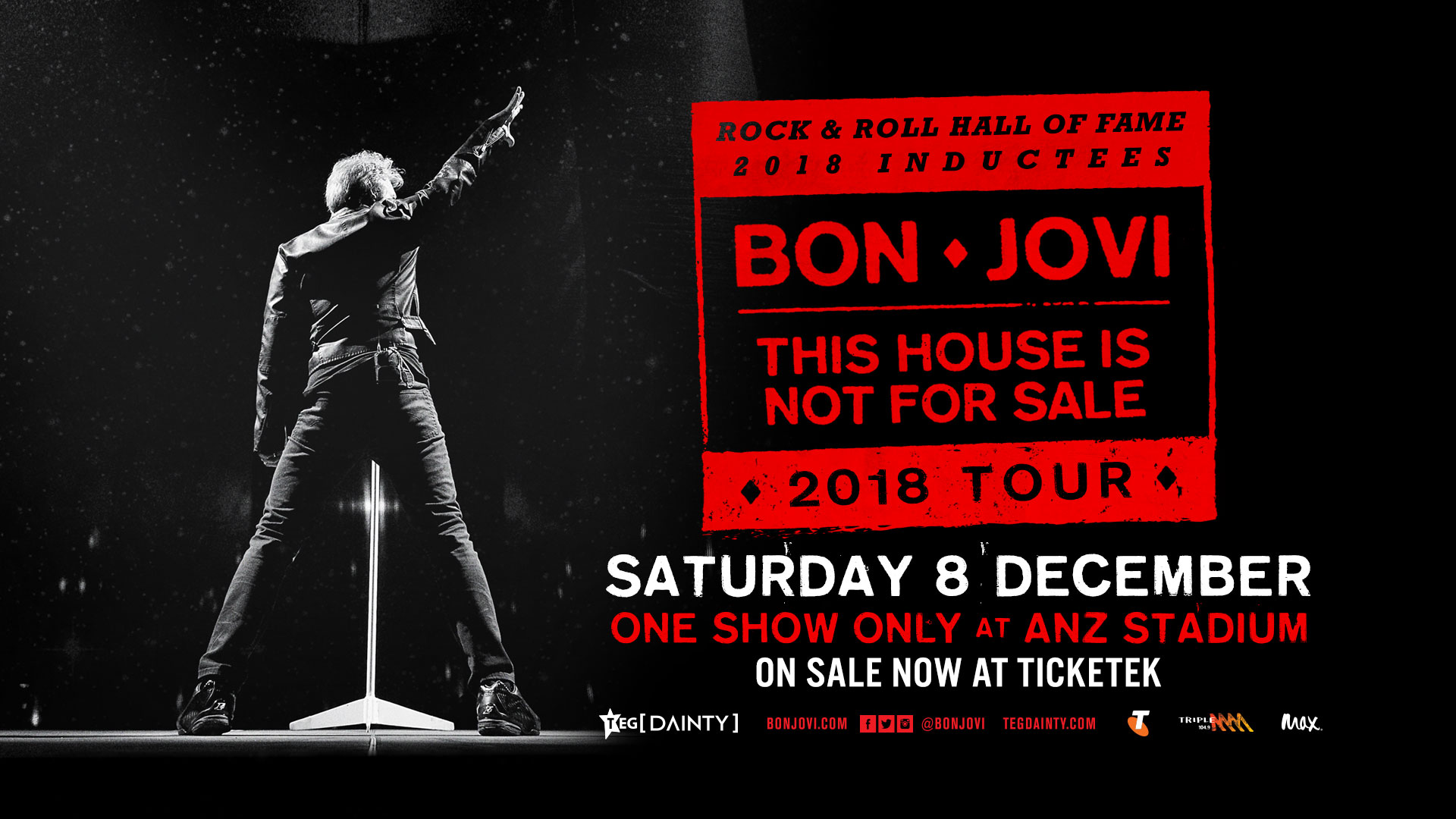 They’ve seen a million faces, they’ve rocked them all, and now they’re returning to ANZ Stadium.

After a massive start to the year featuring The Foo Fighters and Ed Sheeran’s record breaking Divide World Tour, rock icons Bon Jovi will return to rock the stadium’s stands once more.

Last in the country for the Because We Can World Tour in 2013, Bon Jovi will play a one-night-only-Sydney show at ANZ Stadium on Saturday 8 December.

The newly anointed Rock & Roll Hall of Famers are touring in celebration of their latest album This House Is Not for Sale.

This is Bon Jovi’s first outing since the band’s 2013 Because We Can World Tour which drew more than 65,000 fans to ANZ Stadium.

The ground-breaking rock ‘n roll show is the perfect follow up to Taylor Swift’s long-awaited return to Australia.

The pop goddess will be returning to the scene of her phenomenal 2015 show that saw more than 76,000 fans turn out for one of the Stadium’s iconic concert moments and was eventually immortalised in her 1989 World Tour Live DVD.

Taylor Swift’s reputation Stadium Tour celebrates the release of her critically-adored new album, reputation, which was the biggest selling album of 2017 and #1 in over 111 countries on iTunes’ sales charts upon release.