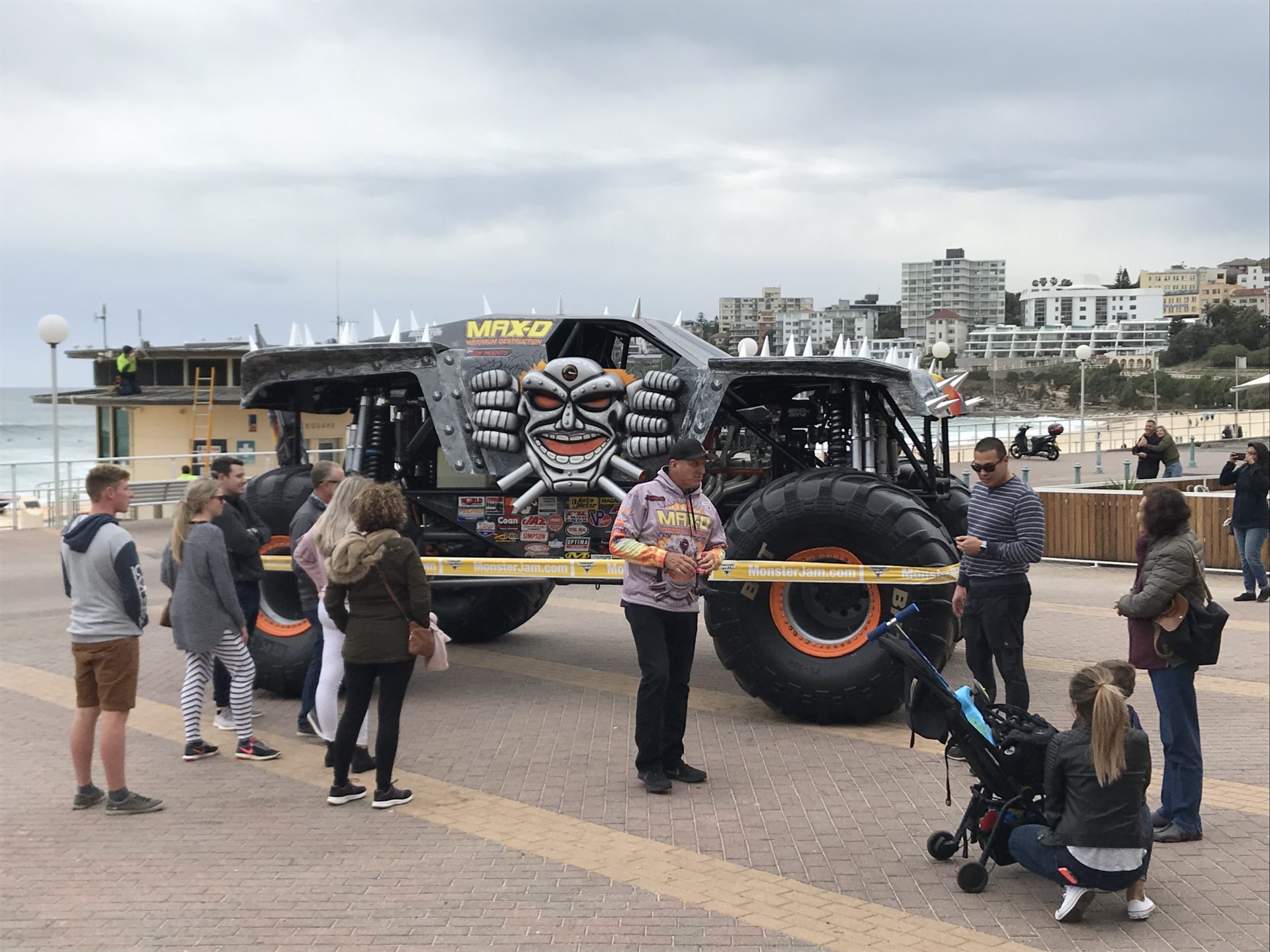 Bondi Beach-goers were given a shock last Friday as 5,500kg of twisted metal, rubber and pure power rolled into the iconic Sydney location.

Bondi Beach-goers were given a shock last Friday as 5,500kg of twisted metal, rubber and pure power rolled into the iconic Sydney location.

Fan favourite monster truck Max-D and its eleven-time World Finals Champion driver Tom Meents are in Sydney to promote the 13 October show at ANZ Stadium and met with fans ahead of the super-charged event.

Meents, who has been a monster truck driver for over 25 years, said the turbo-injected event at ANZ Stadium is not to be missed.

“Max-D is going to attempt a jump over six other Monster Jam trucks,” he said.

“You don’t know if you have enough run up room, or speed to make such a jump, but if you do, you then need to find a way to stop on the other side.

“It’s going to be a perfect stunt, it’s different every time I try it.”

TICKETS AVAILABLE IN ALL CATEGORIES HERE

Meents is also looking forward to the exclusive fan meet-and-greet before the show.

The Party in the Pits is a VIP pre-show event where Australia’s biggest Monster Jam fans can get up close and personal with their favourite trucks and meet their superstar drivers.

“Getting to see our best fans in the Party in the Pits is really cool,” he said.

“Fans get to see Monster Jam trucks up close, and can meet their favourite drivers.

“All of it is very exciting.”

To accommodate the 10 truck line-up, ANZ Stadium will transform in to a Monster Jam playground – dumped with 7500 tonnes of dirt to create a centre stage of spectacular jumps and obstacles.

“The Stadium is such a big facility,” Meents said.

“There is a lot of room for us and our fans and more than enough floor space to get our trucks up to a good performance speed.

“It’s a great venue, certainly the finest in Australia.”

Hold onto your hats and get ready to wreck and roll – Monster Jam is coming.