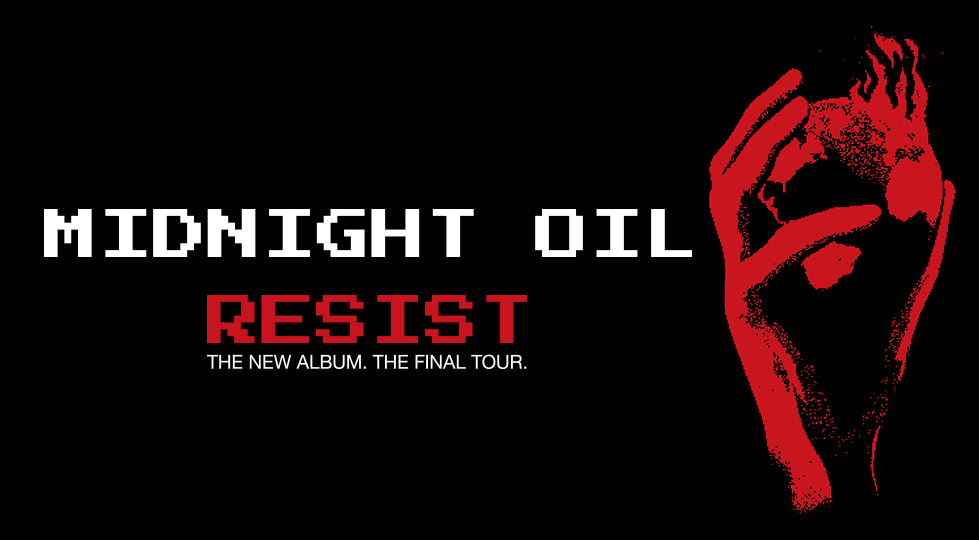 Nearly five years ago the legendary Midnight Oil returned with a sweat drenched pub gig at Selinas where frontman Peter Garrett exhorted “rage, rage, against the dying of the light”. And that’s exactly what they’ve done ever since. This latest chapter of their iconic career will close with the release of a new album and a series of big gigs. Both are aptly titled Resist.

This will be the band’s final concert tour although they remain very open to recording new music together in future and supporting causes in which they believe.

Meanwhile Resist will be a fitting, forward looking, statement for a band whose clarion call has always been “it’s better to die on your feet than live on your knees”. The tour will see them performing classic Midnight Oil songs from across their repertoire while also showcasing some urgent new works. As the title makes abundantly clear, Resist engages with the issues of today, like the lead single “Rising Seas” which tackles the climate crisis in typically uncompromising fashion.

Peter Garrett says, “We hope everyone who hears this album and gets to one of the shows will come away charged up about the planet’s future, saying ‘why stop now?’. Having always tackled every tour like it’s the last – this time it actually will be.”