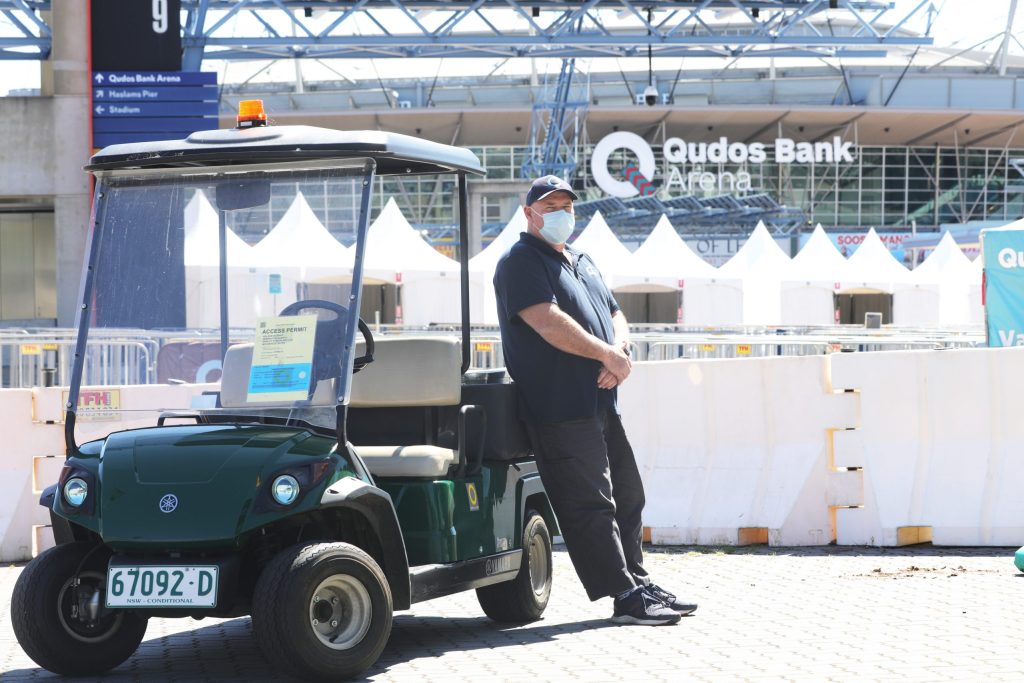 Michael Copping was there to help run the 2000 Sydney Olympics and went on to work at the 2012 games in London but now counts Qudos Bank Arena Vaccination Centre as his most important work.

Michael is the Sydney Olympic Park Authority senior operations manager, responsible for the day-to-day coordination of all activity outside the major venues – everything from security to signage.

“I’ve been fortunate enough to work on two Olympics, on events where they had 106,000 people in the stadium, a million people coming to the Easter show,” Michael said.

While his work normally involves concerts, sports games and the Sydney Royal Easter Show, for months this year all that excitement has been replaced by three NSW Health vaccination centres – including Qudos Bank Arena, the largest in the state.

“Obviously with the pandemic, time was of the essence. Normally something like Qudos would be weeks and weeks in the planning, but that was sped up so we had to show flexibility with some of the rules and regulations to make sure it could get delivered on time,” Michael said.