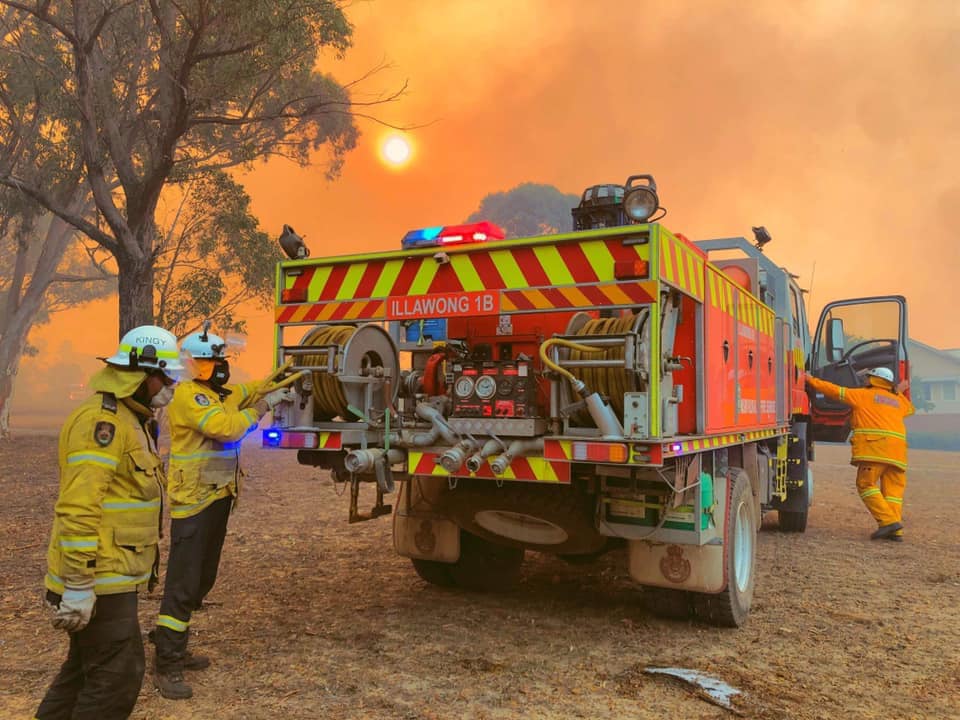 Message from the CEO February 2020

Much of this month’s newsletter is devoted to the many Sydney Olympic Park organisations, businesses and people who have given their time and/or products and services over the past couple of months in support of our Rural Fire Service volunteers and specific bushfire related appeals. And the Major Fundraising Events still to come.

Sydney Olympic Park is home to the NSW Rural Fire Service headquarters, and over the summer school holidays the Sydney Olympic Park Authority showed great initiative to provide some respite to volunteers and staff from the RFS and other agencies involved in fighting the fires.

In early December, SOPA hosted a fundraiser for the bushfire appeal at its wonderful month long Christmas in the Square event. Around $3,000 was raised by the local community to assist the great work being done by the Salvation Army and BlazeAid to help people across NSW recover from the fire crisis.

Novotel Sydney Olympic Park provided a catered Christmas lunch at a low cost for the hundreds of RFS staff on duty at the command centre on Christmas Day. All RFS guests at Accor’s Sydney Olympic Park hotels are also being provided free coffees and refuel packs during the day. Accor have also added a Bushfire Disaster Relief Appeal to their ongoing Community Fund with $238, 869 raised to date with the proceeds being distributed to the Red Cross Disaster Relief, Rural and Volunteer Firefighters, Animal Welfare and the Recovery of the Natural Environment. https://accorbushfiredisasterreliefappeal.gofundraise.com.au/

The Sydney Kings have partnered with the Salvation Army and been raising funds for the bushfires since the Club’s cross-state clash against the Hawks at Qudos Bank Arena in November, with several of the Kings players also launching their own initiatives over the past few weeks.

In January, the Sydney Olympic Park Aquatic Centre offered free entry for firies, and RFS members enjoyed free entry into the group stages of Australia’s first ATP Cup at the newly refurbished Ken Rosewall Arena. Sydney Thunder also set aside an allocation of tickets for RFS members for their game against the Brisbane Heat to provide volunteers with a well-deserved break from their huge firefighting effort.

Rural Fire Service staff and volunteers enjoyed free coffee from the Mint Bar and Bluespresso cafes, and Ribs and Rumps at Sydney Olympic Park offered fire fighters a free drink at the restaurant. In early January, The Armory Wharf café raised $696 by donating one dollar for every beverage bought by customers. Just last week, an active member of the Sydney Olympic Park Community who works in the Park, organised a team from the Australian Cake Decorating Network raising $2025 at the Bushfire Bake Sale generously hosted by the NRMA and supported by The Conservatorium.

And there are more fantastic fundraising events still to come with two biggies at ANZ Stadium being the Fire Fight Australia concert on 16 February and the Football for Fires match on 23 May plus a star-studded Netball showdown at Qudos Bank Arena when the Australian Diamonds take on the Suncorp Super Netball All-Stars in a bushfire relief charity match on 1 March.

Many of our Park based businesses and elite sporting organisations have also provided numerous donations for auctions and raffles.

While it has been a tough start to 2020 with the unprecedented bushfires, ongoing severe drought and the recent arrival of the new coronavirus, it is heartening to know that the Sydney Olympic Park community pulls together with such generosity in difficult times.

Let us continue to collaborate and support each other as we face several other challenges over the next few years while the planned infrastructure improvements for the precinct are underway. And then, with our collective force, there’ll be no stopping us!

In the meantime, let’s be positive and rain dance our way into the year in the hope of widespread rainfalls across the country and in the areas that are most in need of it.