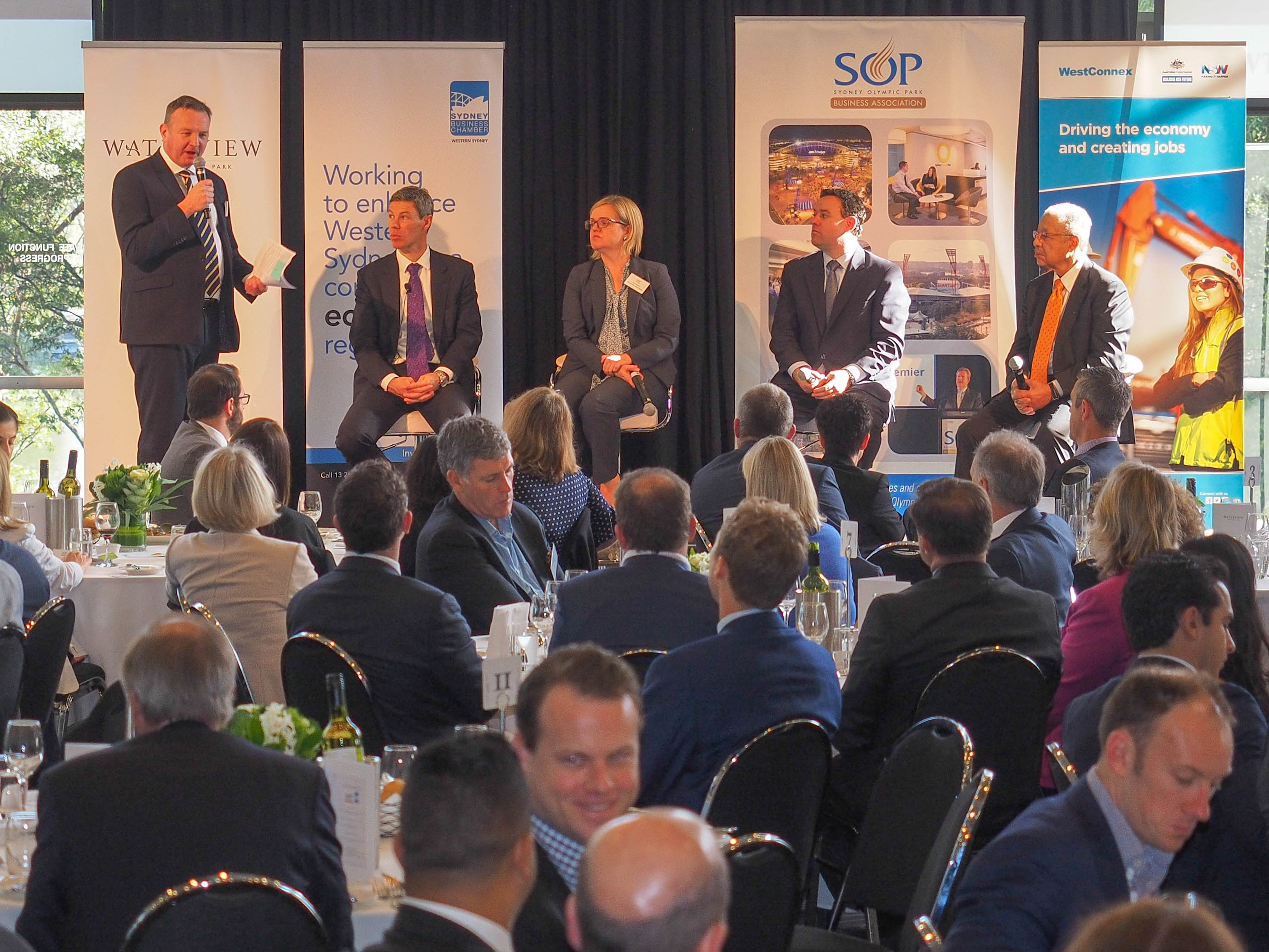 Close to 200 Members and guests gathered at Waterview in Bicentennial Park on Monday 5 June to attend and participate in a MiniBizness Expo and the Business Association Annual Members Marquee Luncheon, this year co-branded with the Sydney Business Chamber, Western Sydney.

This followed a welcome from Allison Taylor, General Manager of the Business Association, an introduction to Theodore Drivas, Managing Director and the new owner of Waterview in Bicentennial Park, his team and their refreshed brand, and a terrific and well-received presentation from Charles Moore, CEO, Sydney Olympic Park Authority, focused on compelling data around the current and projected growth for the Olympic Peninsula within GPOP. (Greater Parramatta and Olympic Peninsula).

Daryl Kerry, President of the Business Association, CEO of ANZ Stadium and Managing Director of Venues Live, updated Members on the strategic direction and recent activities of the Association including an account of the engagement of the Sydney Business Chamber, Western Sydney as its advocacy partner.

David Borger, Director of the Sydney Business Chamber, Western Sydney then facilitated a panel discussion with the Minister and Charles Moore who were joined by Professor Edward Blakely, District Commissioner, Great Sydney Commission and Alison Holloway, Principal and Partner at SGS Economics and Planning, whose company authored the recently released report “Connecting Sydney Olympic Park and GPOP with Greater Sydney”.

The venue sparkled, the food was outstanding, the service seamless and the presentations, Ministers address and panel discussion were exceptionally relevant, informative and very, very positive for Sydney Olympic Park.

Pictures of the event can be viewed and downloaded via http://www.geosnapshot.com/e/sopba-event

Images have a watermark on them to view initially.  If you would like any of these for your records, simply go through the checkout process for $0 to get the picture/s you would like.