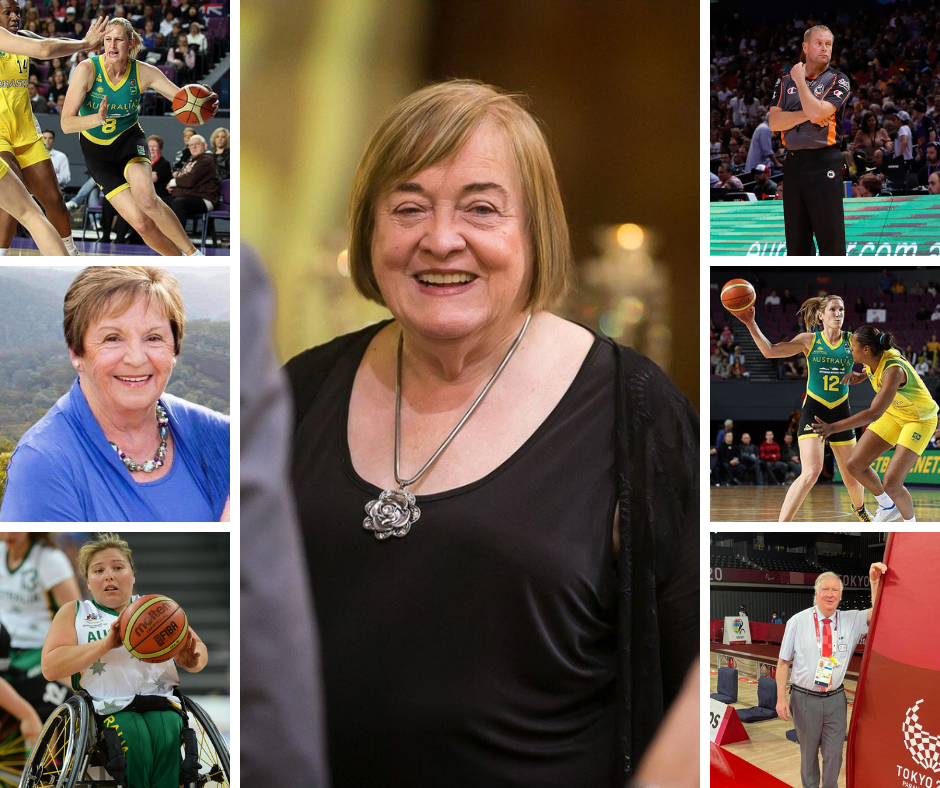 Basketball New South Wales is delighted to announce the Class of 2021 inductees for the BNSW Hall of Fame, an illustrious list that includes two Olympians, a Paralympian, and the elevation of an existing Hall of Famer to Legend status.

Prior to this year, there were just six BNSW Hall of Fame Legends – Alistair Ramsay MBE OAM, Dr. John Raschke OAM, Robert Staunton OAM, Dr. Adrian Hurley OAM, Bob Elphinston OAM and Lauren Jackson AO. These individuals have all been remarkable contributors to the sport of basketball in this state and deserving of the highest honour that can be bestowed by BNSW.

And now, a seventh Legend is added to that extraordinary group, Hall of Famer Lorraine Landon OAM.

One of the greatest administrators in the history of Australian sport, Lorraine’s impact on basketball in this state has been profound from the time she first played the sport in 1967.

Her achievements are unparalleled. From helping to build and run a powerhouse association in Bankstown, to her role in building the Sydney Kings into an iconic franchise in the National Basketball League, becoming the first female to ever concurrently manage teams in both the NBL and WNBL, her incredible work with FIBA and the Australian men’s and women’s Olympic teams and her magnificent advocacy of wheelchair athletes and athletes with an intellectual disability – Lorraine’s passion for the sport, remarkable accomplishments and care for all those around her has justly earned her the status of BNSW Hall of Fame Legend.

Lorraine was also a board member of the Sydney Olympic Park Business Association for several years, is highly regarded by all members, and we congratulate her on this recognition for her lifetime of work in basketball and sport, on so many levels.