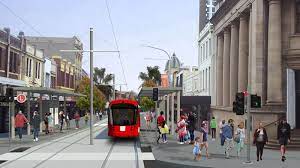 The NSW government has announced a local manufacturing requirement for the second stage of Parramatta’s light rail development.

The new transport line will connect to Sydney Metro West, linking rail and ferry services from Parramatta, Rydalmere, and Olympic Park to the Sydney CBD.

Stage 1 of the project is still under construction, but the commencement of stage 2 in the coming months will see an Australia-only manufacturing requirement placed on the development.

“This is an exciting time for Australian manufacturers and construction companies. We are prioritising your skills, experience, and assets ahead of overseas content,” Mr Elliott said.

The new light rail PLR 1 service is expected to begin operations next year.