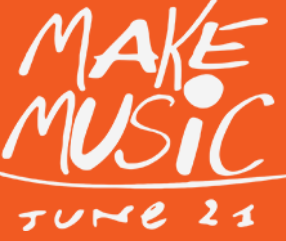 Join the Worldwide Celebration of Music in Sydney Olympic Park on Thursday June 21!

Make Music is a free celebration of music around the world o to be held on 21 June. Launched in 1982 in France as the Fête de la Musique, it is now held on the same day in more than 800 cities in 120 countries. This year, Sydney Olympic Park is joining the celebration of all things music!

Completely different from a typical music festival, Make Music is open to anyone who wants to take part. Every kind of musician — young and old, amateur and professional, of every musical persuasion — pours onto streets, parks, plazas, and porches to share their music with friends, neighbors, and strangers. All of it is free and open to the public.

Applications are now open for local musicians to celebrate the gift of music and perform as part of Make Music Day at Sydney Olympic Park.

Make Music Day at Sydney Olympic Park will feature amateur performances, a curated program of some of the best emerging musical talent from Western Sydney, and a live cross to the Sydney Opera House featuring the Sydney Symphony performing Verdi’s Requiem, all free to the community.

“Whether it is a choral group, singer/songwriters, acoustic ensembles, rock and roll, jazz, rap or classical, we are excited to provide this platform for local talent and bring the community together over a universal enjoyment that is music,” said Mr Nesbitt.

“Sydney Olympic Park remains committed to showcasing the talent and creativity of our local community, so we’re really happy to present emerging musicians from Western Sydney.

“At the same time, we also love to celebrate artistic excellence, and it’s a real pleasure to be working once again with the Sydney Symphony.”

Apply to perform by sending an Expression of Interest to tony.nesbitt@sopa.nsw.gov.au or call 02 9714 7110. Applications close Friday 15 June 2018.

10.30am – 11am at Jacaranda Square (park at the end of the train station)
Amateur musicians performances