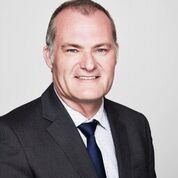 It’s Just Around the Corner …

With Australia’s largest annual ticketed event just weeks away, the RAS of NSW is looking forward to an extremely productive year, particularly with the growth in the number of events held at Spotless Stadium.

This year’s Sydney Royal Easter Show will be held from Thursday 6 April to Wednesday 19.April.

We’re looking forward to a well-attended Show, with ticket sales already well ahead of last year, helped by an earlier than ever before sales release. Tradition remains strong at this year’s Show, but you’ll notice exciting changes to ensure the event continues to educate and engage Showgoers. The Daily Telegraph Paddock will be transformed with Little Hands on the Land, a real-life farm experience for kids and the opportunity to ‘glamp’ overnight. The Stables are set to be converted into a trendy, gourmet food hub housing The Sydney Royal Beer and Wine Garden. And The Man from Snowy River is back with a few differences too. It’s just part of the 369 hours of free entertainment that will be on offer.

We have also worked very hard on adding new thrills to the Carnival. As well as the new roller coaster the “Nitro Coaster”, a big drawcard is bound to be “The Beast”, a Europe-sourced attraction that swings its riders more than 43 metres above the ground.

This year the Sydney Royal Easter Show coincides with the NSW school holidays. This presents a great opportunity for families looking for ways to entertain, but also opens up the prospect of bumper crowds (weather permitting) and a chance to increase our average year on year of around 850,000 visitors.

In keeping with the much-loved and respected traditions of the Sydney Royal Easter Show, the Heritage Pavilion is being fitted out to show off hundreds of RAS artefacts, including treasured but rarely seen trophies from more than a century ago.

This year’s Sydney Royal Easter Show is truly a bringing together of the old and the new.

The RAS is pleased to welcome Mr Charles Moore as the new Chief Executive Officer of Sydney Olympic Park Authority (SOPA). We look forward to building a strong relationship with him as both SOPA and the RAS work on plans to fulfil Greater Sydney Commission’s vision to make Sydney Olympic Park a ‘Lifestyle Super Precinct’.

The RAS continues to develop its master plan for Sydney Showground in collaboration with SOPA, Transport for NSW and Infrastructure NSW. Recent research undertaken on the Society’s behalf by Deloitte revealed the plan has potential to generate an economic contribution uplift of $505 million toward the NSW economy. That is in addition to the $617 million the RAS already contribute annually.

2017 is set to be big, bold and bright; I’m excited about the program of events we have throughout the year. I look forward to welcoming you to the Show in just a few weeks’ time.