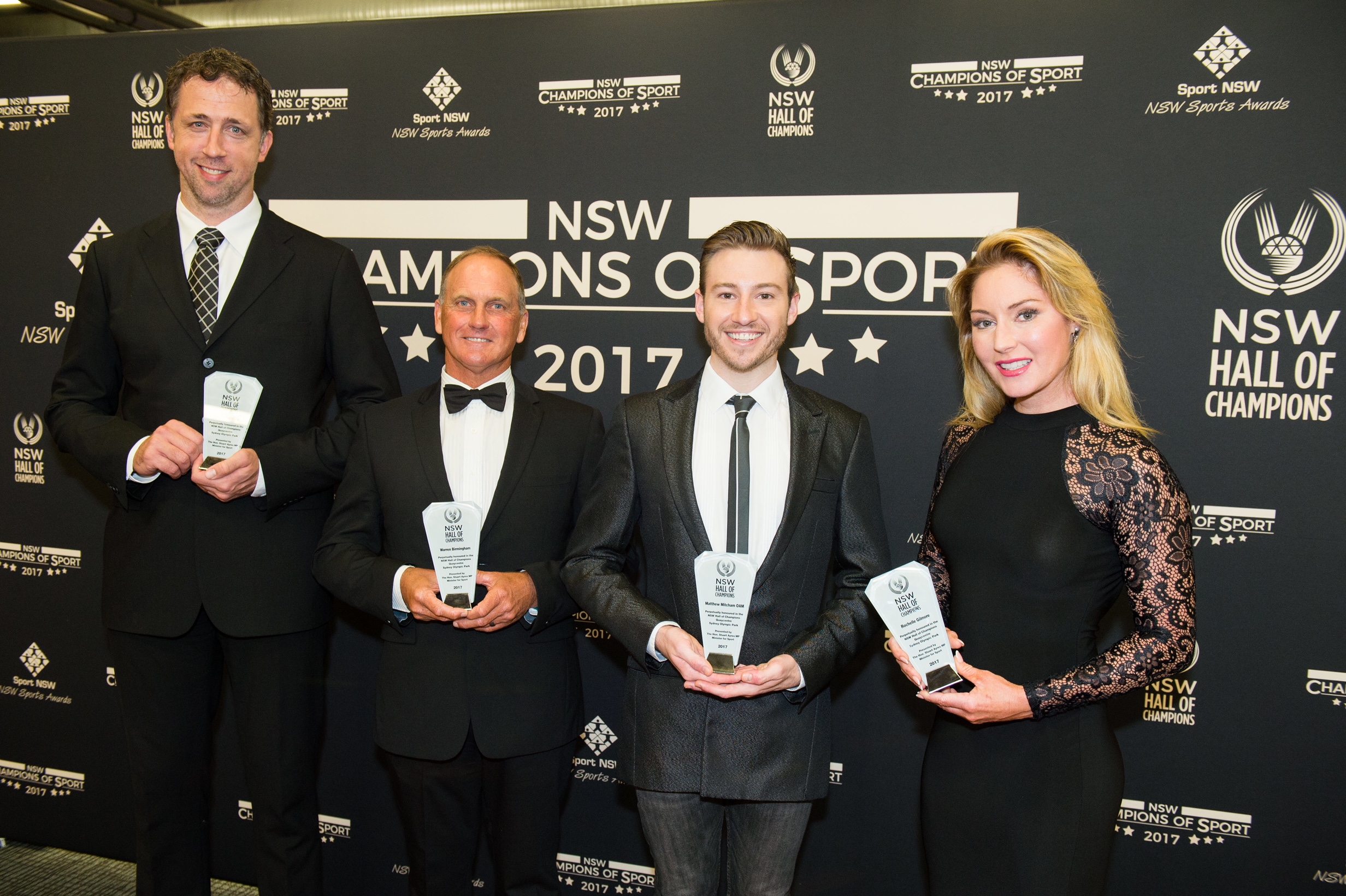 Additionally, swimmer Ian Thorpe was elevated to ‘Legend’ status, taking the total number of Legends within the museum to 21.

On a spectacular night of celebration, two organisations based at Sydney Olympic Park were also honoured, with Netball NSW awarded Organisation of the Year and Hockey NSW CEO, David Thompson winning a gong as Administrator of the Year.

The NSW Hall of Champions is a sport museum and hall of fame which pays tribute to the achievements of NSW athletes counted amongst the nation’s best. Champion sportsmen and women are celebrated on the ‘Wall of Fame’, along with great sporting moments and some of the most inspired performances.

The museum features an impressive display of action photographs, biographies, footage and memorabilia which highlight the feats of our exceptional athletes. It showcases a nationally significant collection of more than 2,000 artefacts from such sporting greats as Andrew ‘Boy’ Charlton, Betty Cuthbert and Don Bradman, and includes Olympic and Commonwealth Games memorabilia.

Each year the peak sporting bodies of NSW are asked to nominate the best sportsmen and women from their discipline for selection. The Hall of Champions Selection Committee short-lists the nominations for approval by the Minister. The NSW Hall of Champions induction is the high point of the museum’s annual calendar.

Located at Quaycentre and managed and maintained by Sydney Olympic Park Authority, the NSW Hall of Champions is open daily and entry is free to the public.