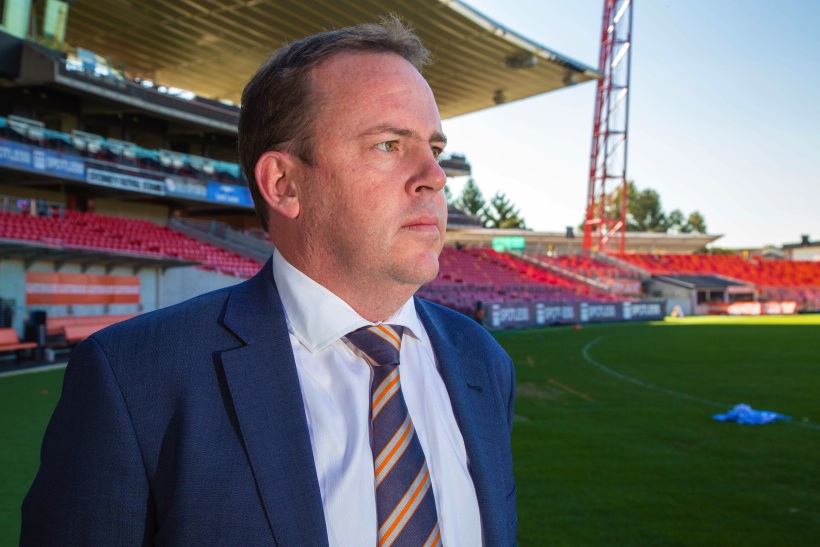 GIANTS Chief Executive Officer David Matthews has agreed to a contract extension that will see his tenure at the club extend beyond a decade.

GIANTS Chairman Tony Shepherd today announced the three-year contract extension through until the end of 2021.

Mr Matthews assumed the role as GIANTS Chief Executive Officer in November 2011 following more than a decade as a member of the AFL Executive.

Mr Shepherd said the board was delighted to again extend Mr Matthews’ contract.

“Dave has been an outstanding leader of our Club and is the right person to continue to lead us as Chief Executive in the next phase of the Club’s development,” Mr Shepherd said.

“During the seven years of David’s leadership at the GIANTS we have grown to be an important member of the communities of Western Sydney and the ACT. We are now a major player in the most competitive sporting market in the country if not the world. And this is from a standing start over seven years ago.

“We have three great teams, strong commercial support, fantastic facilities, a passionate supporter base and an organisational culture that is second to none.

“To have our CEO in place for a decade alongside our long-term coach Leon Cameron and General Manager of Football Wayne Campbell, demonstrates the strong and stable leadership at the GIANTS which is essential to long-term, sustained growth.

“While we have grown significantly in recent years we are bullish about taking even greater strides in the coming years.”

The GIANTS have enjoyed a period of continual growth under Mr Matthews’ leadership with highlights including:

Mr Matthews said he sees a bright future for the AFL’s youngest club.

“The GIANTS have experienced a period of significant growth in recent years and I’m excited to be leading the organisation into the next phase of growth,” Mr Matthews said.

“We’ve developed from very humble beginnings in 2012 to today having three elite teams that proudly represent the communities of Western Sydney and the ACT.

“In a relatively short space of time, we’ve grown a loyal and passionate fan base that is helping write the history of this club and indeed Australian Football.

“With the leadership of a strong and stable Board led by Tony Shepherd, we have developed a club filled with great people who are hungry to continue to grow the GIANTS and achieve sustained success.”