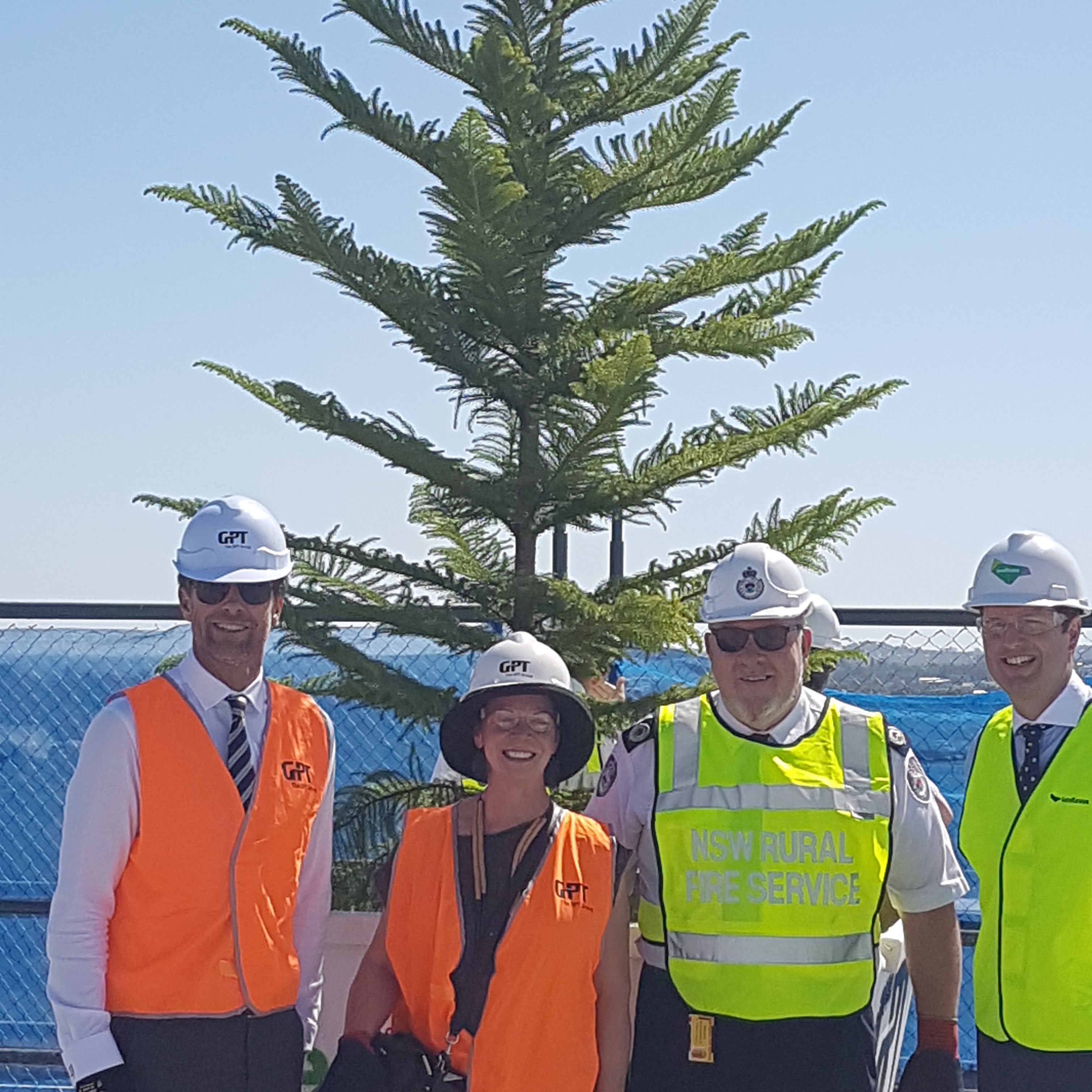 The GPT Group (GPT) recently celebrated a major milestone in the construction of its 15,700 square metre office at 4 Murray Rose Avenue Sydney Olympic Park, by hosting a topping out ceremony on the roof of the development.

The ceremony saw a Norfolk Island pine tree placed on the roof of 4 Murray Rose after construction reaching its highest point on the building, which will house the new NSW Rural Fire Service (RFS) headquarters.

Mr Faddy said the development of 4 Murray Rose marked another important step in the evolution of Sydney Olympic Park into a world-class office precinct.

‘Since we made our first investment in Sydney Olympic Park in 2001, GPT has long seen the potential for the precinct to become one of Sydney’s most appealing office locations, given its outstanding lifestyle amenities and strategic location between the Sydney CBD and Parramatta,’ said Mr Faddy.

4 Murray Rose will build on GPT’s strong track record in playing a major role in the transformation of Sydney Olympic Park in a major commercial and employment centre.’

The ceremony followed an inspection of 4 Murray Rose by the NSW Minister for Police and Emergency Services Troy Grant and RFS Commissioner Shane Fitzsimmons as concrete was being poured for the topping of the building.

The properties GPT has delivered at Sydney Olympic Park include the Quad Business Park, 3 Murray Rose for Samsung’s Australian headquarters and the award winning 5 Murray Rose for the food and beverage company Lion.

The five storey campus office building is the third site to be developed by GPT in Sydney Olympic Park’s Parkview Precinct and will have an end value of more than $100 million.

‘We are proud to be delivering another high-quality, sustainable building for our long-term client GPT. In fact, this the seventh project we’ve worked on together in the precinct.’

The NSW RFS has committed to approximately 60 per cent of the net lettable area of the building for an initial lease term of 12 years followed by an option period of 10 years.

4 Murray Rose will have large span floor plates and is designed to achieve a 5 Star Green NABERS Energy and Water rating. The building will include End-of-Trip facilities with bike storage and lockers and parking for 240 vehicles.