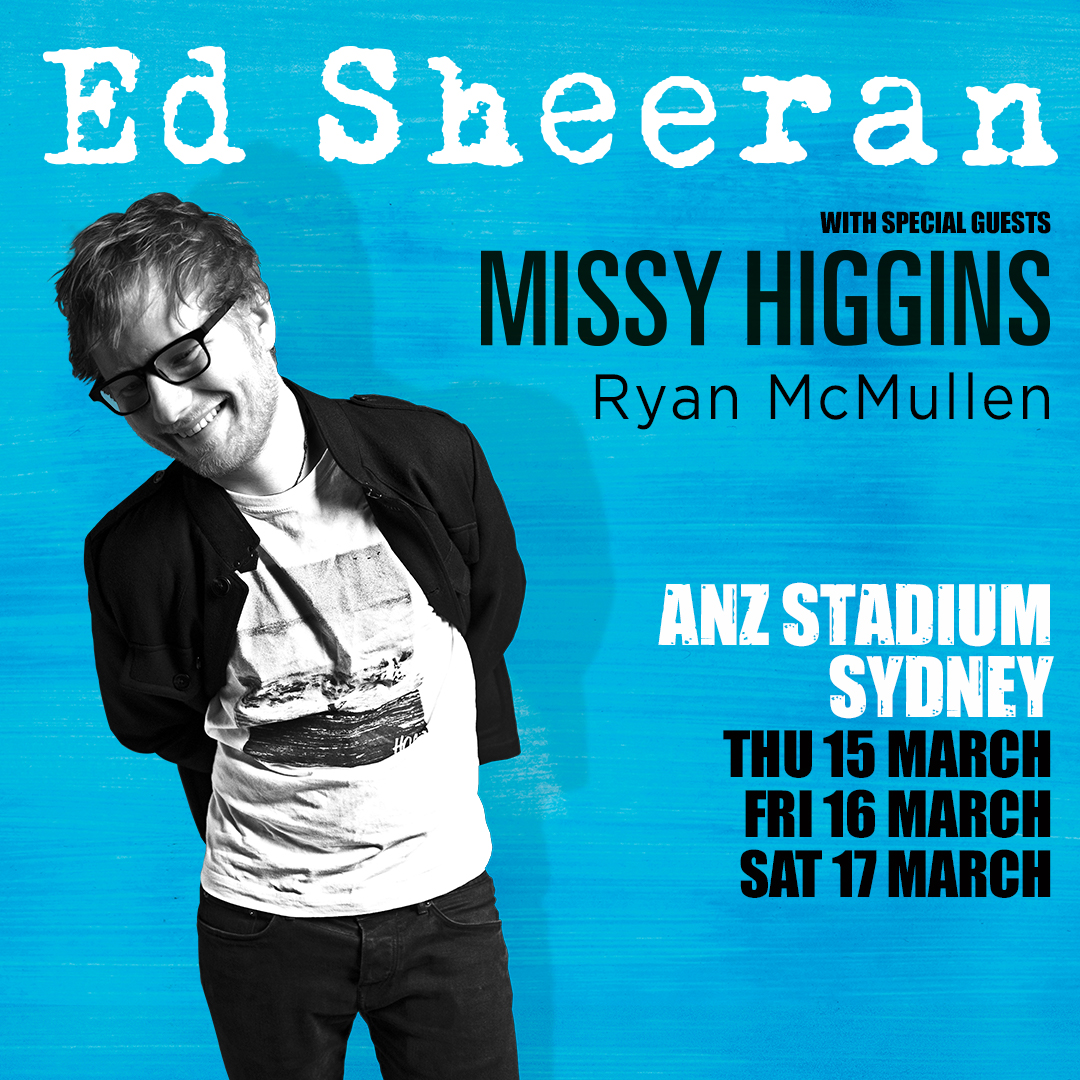 One of the most hotly anticipated tours in recent memory will have fans flowing through the turnstiles of ANZ Stadium when Ed Sheeran plays three mammoth concerts from 15-17 March.

Global superstar Ed Sheeran’s trio of shows sets up a historic week of entertainment in Sydney with a number of events being staged at Sydney Olympic Park.

The multiple events, combined with some road closures in place for the upcoming Sydney Royal Easter Show, fans are being encouraged to start planning their trip well in advance so as to enjoy this once-in-a-generation concert experience.

The good news is that the Sydney Olympic Park precinct was built for blockbuster crowds and events, and the precinct will be pumping with international-themed pop-up food stalls; cafes, bars and restaurants open both before and after the event; and red-carpet welcomes and photo walls.

In the countdown to this special week in Sydney entertainment history, here is everything you need to know for Ed Sheeran’s ÷ World Tour shows and the bumper week of events at Sydney Olympic Park:

Head here and pick your show to see all the latest details on the show you’re planning to attend.

WHAT’S THE BEST WAY TO GET TO THE CONCERT?

With over a quarter of a million people expected to visit Sydney Olympic Park from 15-17 March it’s going to be a massive few days.

The good news for Ed Sheeran fans is that tickets to all three shows at ANZ Stadium include return travel on all public transport; including Sydney Trains, Sydney Olympic Park Major Event Buses, Ferry services and Light Rail services. For the right to travel, concert goers should present their ticket or proof of purchase to a member of transport staff.