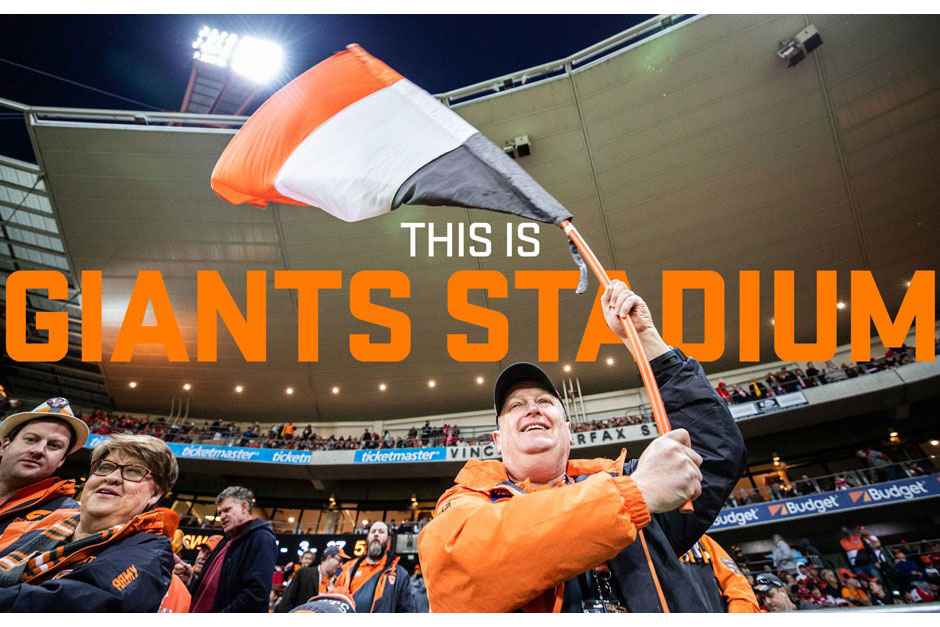 GIANTS Chief Executive Officer, David Matthews, said the club is in rare company, as an elite level sporting organisation playing out of a stadium under the name of their own brand

“Through the innovative support of our Patron Partners we are delighted to have our home venue as GIANTS Stadium,” Mr Matthews said.

“A club’s stadium is one of the biggest brand assets available and so to be able to have our own GIANTS brand across a community venue that attracts hundreds of thousands of people each year is a coup for the club.

“To achieve an exceptional commercial return for this opportunity just adds to what is a landmark agreement for our club and our code.

“The GIANTS brand is already incredibly strong in Western Sydney and I’ve no doubt this will only grow our footprint as sports and entertainment fans come to GIANTS Stadium across the calendar year.

“The venue itself continues to be a world class, boutique stadium that is set to be further enhanced in the coming years.

“From a GIANTS game day perspective, we pride ourselves on consistently delivering the highest quality experience, as evidenced by the fact we’ve been voted the number one AFL venue in the country for fan experience three out of the past four years.”

The Royal Agricultural Society of NSW (RAS) Chief Executive Officer, Brock Gilmour, said GIANTS Stadium will continue to benefit from ongoing facility upgrades in both the short and long terms.

“We welcome the announcement of GIANTS Stadium in relation to one of Sydney’s premier sporting venues,” Mr Gilmour said.

“I applaud the GIANTS on an innovative agreement that will see the club’s brand associated with the stadium.

“The RAS is committed to ensuring GIANTS Stadium remains at the forefront of spectator experience, with a host of technological upgrades to follow on from the introduction of a fully integrated Wi-Fi system in recent months.”