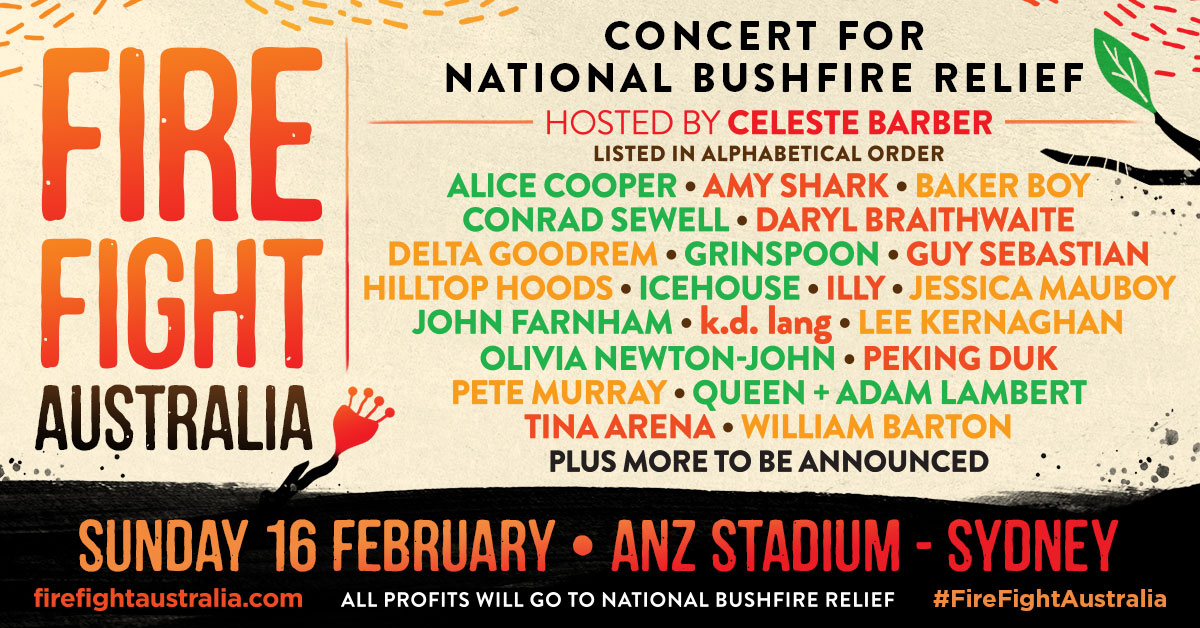 The announcement of the Fire Fight Australia arena fundraiser at ANZ Stadium on February 16 sold out within hours of going on sale. This massive event, headlined by Queen, Alice Cooper and Tina Arena, will air on Channel Seven and Foxtel from 1pm with online coverage from Foxtel GO and 7plus throughout the event.

ANZ Stadium will play host to international and local music icons as they unite to share one stage for Australia during its time of need.  The concert will be hosted by writer, actor and comedian Celeste Barber, who has already raised more than $50 million towards bushfire relief through her own record-breaking online appeal.