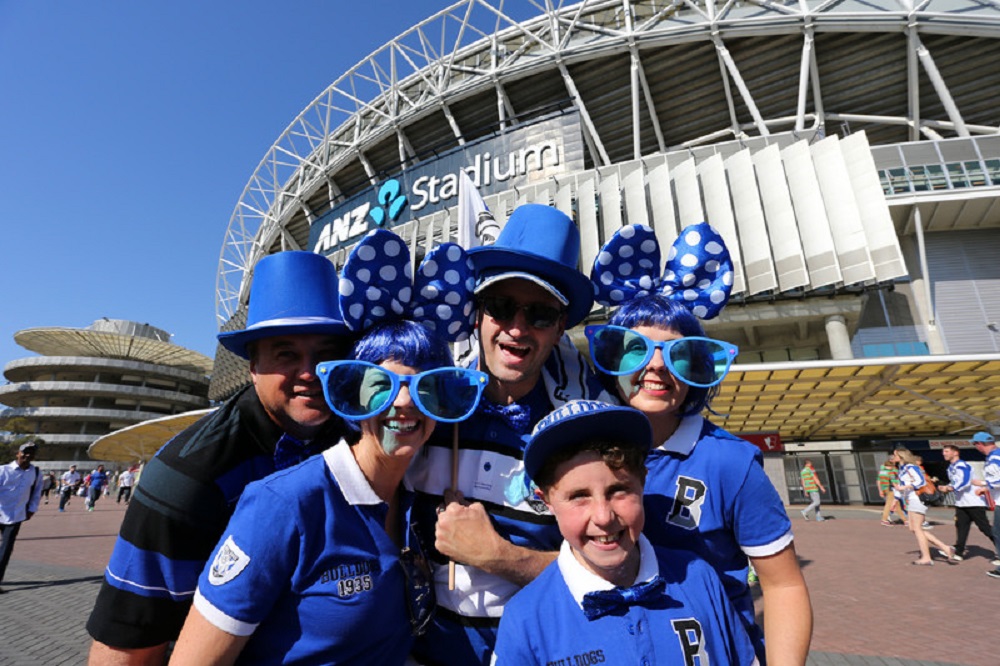 There’s nothing better than Sunday arvo footy and this autumn ANZ Stadium is playing host to a bevy of early evening entertainment.

Over the coming months there will be five NRL blockbusters, all Sydney v Sydney teams, played at ANZ Stadium in family friendly afternoon time slots.

The games are scheduled to start between 2pm and 4pm, giving families the best possible opportunity to enjoy the footy.

Families will also enjoy the value of the Fans First initiatives in play for each NRL game this season, in particular the juniors entrance deal where up to four kids 12-and-under enter free on a pre-purchased $20 Adult GA ticket.

The historic, stand-alone Origin game is the first to be played on a Sunday, and the only game to be held in New South Wales in 2018.

Sydney Olympic Park will come alive with a sea of blue and a host of food, activities and entertainment happening outside ANZ Stadium all day before the game.

As part of the Big Blue Celebration there are plans in place to deck-out the ferry wharf at Wentworth Point in NSW Blue to give fans arriving by water the ultimate Blues welcome.

Once the gates open, ANZ Stadium will be turned into a glowing sea of blue with up to 15,000 Blatchy’s Blues fans to pack the northern end of the Stadium.

Tickets to the historic Origin fixture are on sale now here

The Blues have won 5 of the last 9 games on home turf at ANZ Stadium, with the parochial Blues crowd making the difference.

The match will kick off at 7.45pm after a huge pre-game party in Sydney Olympic Park.

Gather the kids and get ready for an action packed autumn at ANZ Stadium.